Two of the insane and gorgeous paintings of Caleb Brown are currently hanging at 111 Minna for the Empty Kingdom Summer Show!  His work draws on real world crises and issues, both international and global, and the subsequent fallout.  Taking very real situations and issues and framing them through hyperrealism and photorealistic painting Caleb challenges what the viewer assumes and asks more about the social underpinnings, causes and effects of these catastrophes. 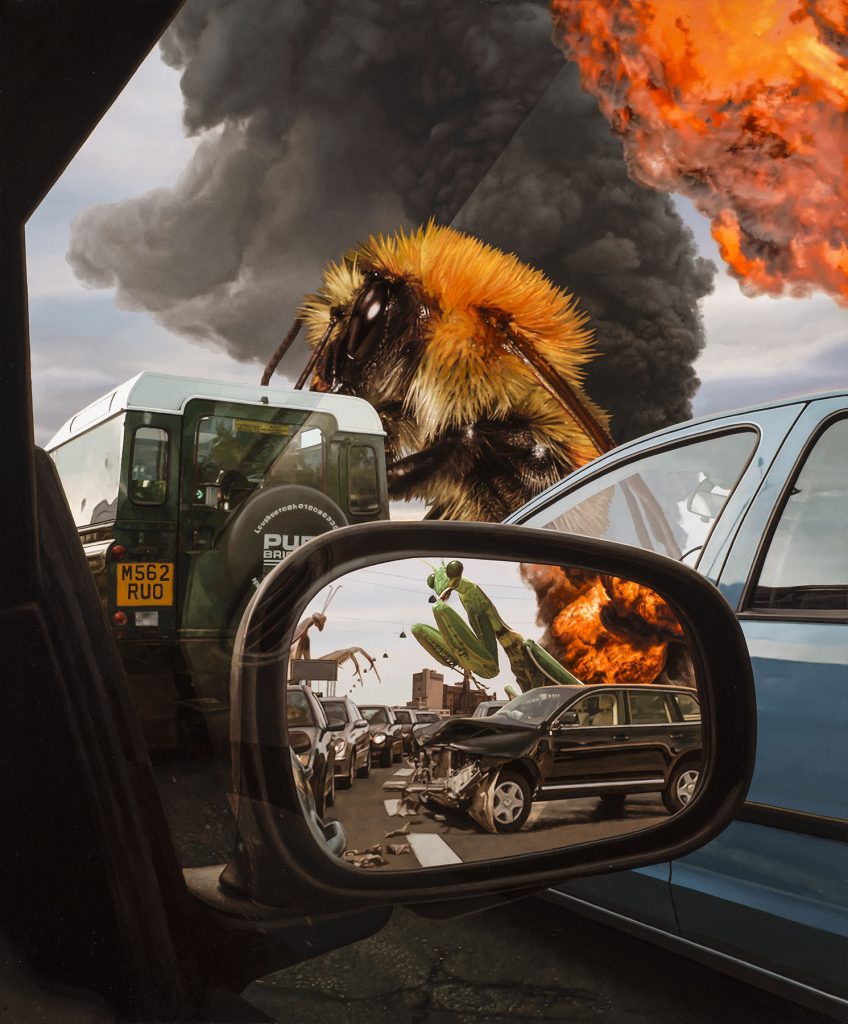 You state that your paintings are cultural allegories; what allegory do you see in giant bugs destroying cities? Is it a reversal of size and power of humans in respect to bugs? Does it go deeper than that?

The Bug City paintings are actually inspired by the subprime mortgage crisis of 2007-2008 and subsequent international financial turmoil. I had this idea of trying capture the feeling of having your life affected by a global crisis that is as incomprehensible in nature as it is in scope by creating an image that literally surrounds the viewer (using the side-view mirror as a device) with chaos on all sides. It’s kind of an attempt at a visual representation of the inescapable and unfathomable forces that affect us all. I think that bugs (especially giant bugs) serve as a good representation of anxiety, and their reversal in scale to humans continues the theme of the inversion of the natural world in my paintings (tigers underwater, sharks in the air, etc.). 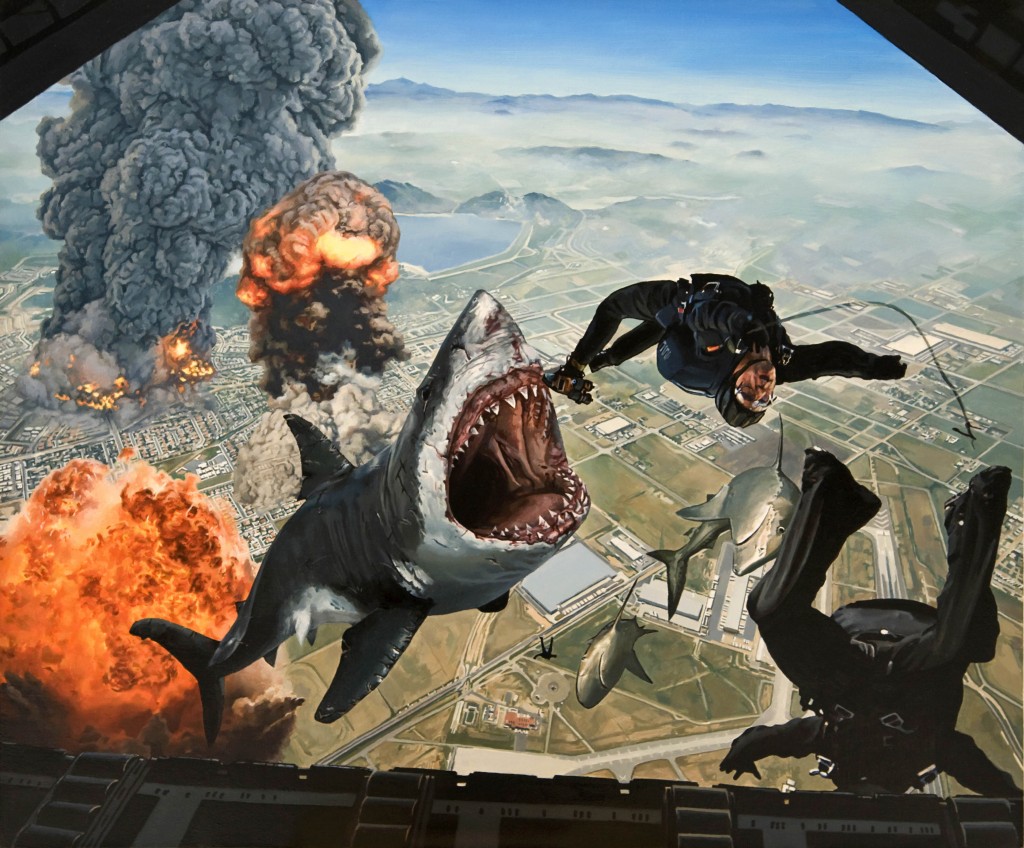 What is ‘Shark Drop’ about? Sharks are depicted as violent and scary, apex predators. How have you used or played off of that definition?

The Shark Drop series are about the manufacture and commodification of fear by governments and (especially) media outlets in the post 9/11 world. For instance: the ‘dirty bomb’ was imagined by government agencies, used by media outlets to sell advertisements, and finally fictionalized in television and film. The dirty bomb has become ‘real’ in the American consciousness without ever actually existing in real life and arguably without even being viable. In order to paint about this phenomena I’ve created a completely ridiculous ‘nightmare scenario’ and rendered it (repeatedly) as realistically as I can, striving to make it ‘real’ in the same way as the dirty bomb. I chose sharks specifically for these paintings because they hold such a large place in the collective consciousness as an outsized danger, while in reality, sharks kill far less people than, for example, hippos or jellyfish. 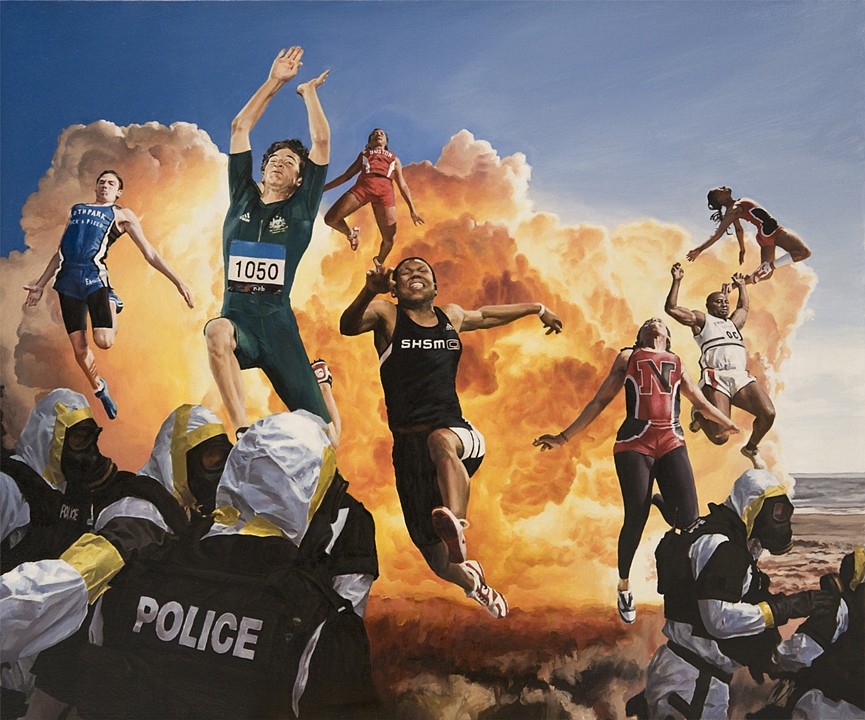 In what ways are we redefining our relationship with nature? Is this something that we have just begun to do recently or is it an ongoing process? How has it changed recently, both in praxis and culturally? Do you think we are actually doing anything to help the world with our obsession for organic and fair trade and sustainably sourced? Are those meaningful movements?

Humankind’s relationship with the natural world has been in a constant state of redefinition for thousands of years (i.e. cultivation of crops, domestication of animals, etc.), however it seems to me that there has been a severe fracture in that relationship just in the last couple of generations. The combination of severe and seemingly irreversible climate change and genetic engineering of crops and animals (I’m obsessed with the glow-in-the-dark cats created in South Korea) are evidence that we’re entering an age in which the balance between humans and nature has been upset indefinitely. I don’t want to sound overly pessimistic about the future (except for the climate change, that’s obviously pretty terrible) but I think that the human manipulation of the natural world has crossed a rubicon and, whether good or bad, our world will soon look very different than it ever has. Sustainability and socially/ecologically responsible consumption are definitely important movements, however I think there would need to be much more extreme and worldwide changes in order to significantly alter the trajectory that we’re on. 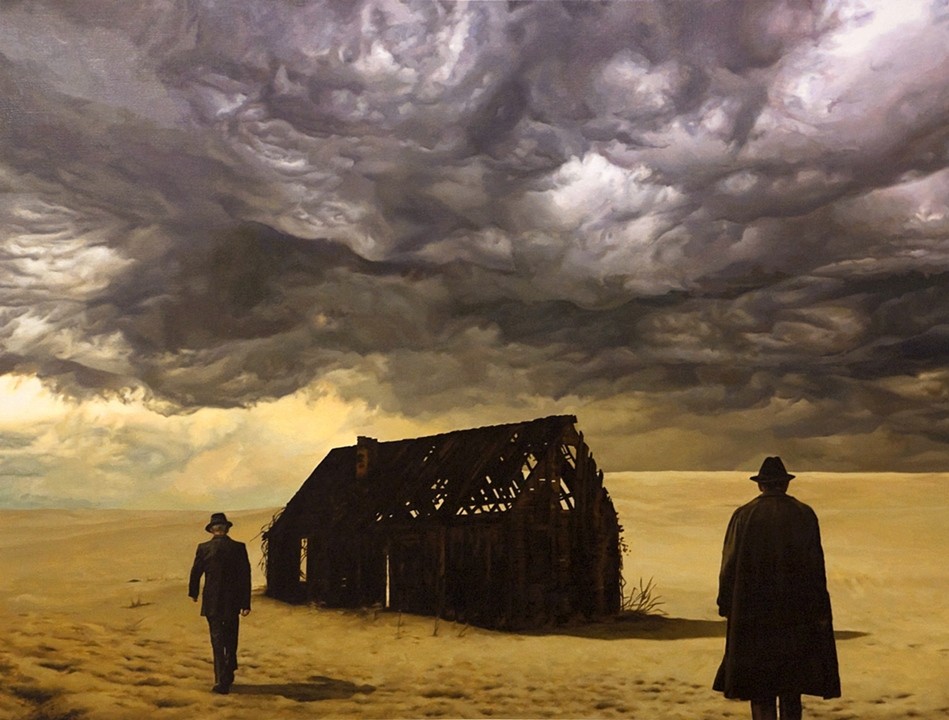 By depicting such ludicrous scenarios with hyperrealism you claim to be making the unbelievable believable. Is that all that attracts you to hyperrealism or is there more to it? Is hyperrealism necessary to make people believe in your scenarios? What does hyperrealism mean to you?

I’d be lying if I said that I wasn’t naturally inclined to make these kind of obsessively detailed and polished paintings, however I’ve found that it’s an important aspect to my paintings in the way in which it engages a viewer. I think that hyperrealism can function as a kind of demonstration of an artist’s commitment to an idea, and forces the viewer to engage an image more actively as a result. 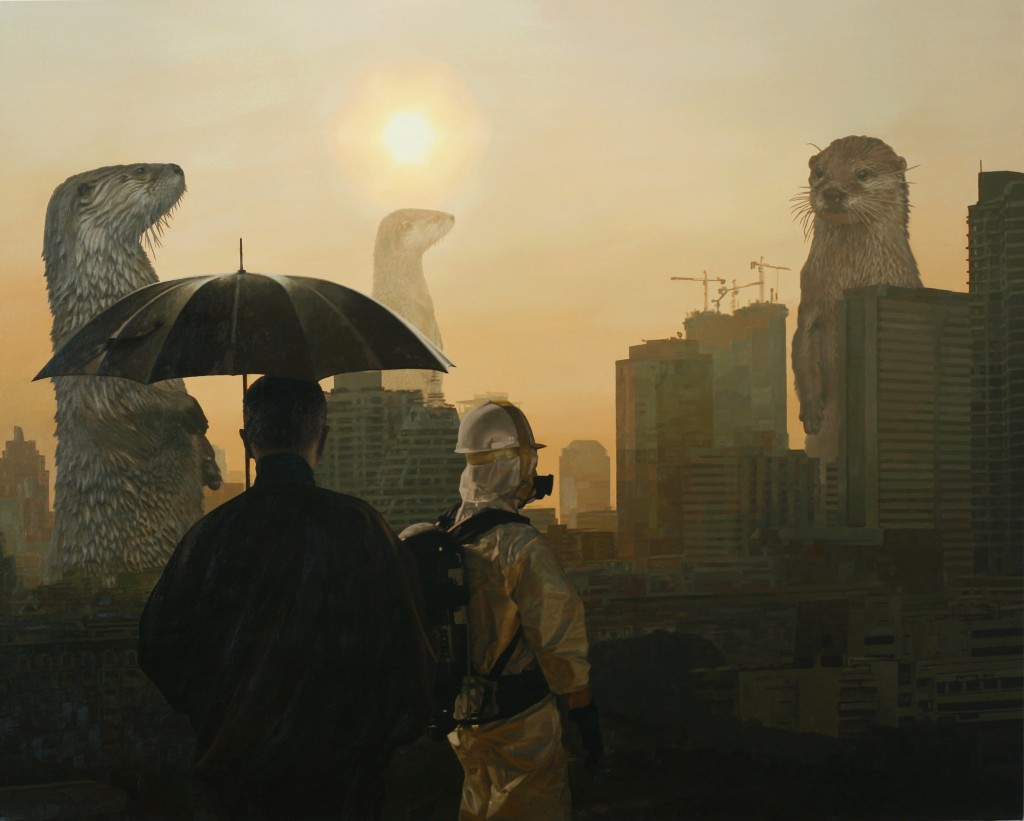 In your about me you mention that your work is as influenced by internet meme culture as well as classical Flemish painting. What are some of your favorite memes? Anthropomorphizing animals and objects is nothing new, but we’ve taking it to an almost obsessive level, why do you think this is? What about current culture sees humanity in animals so much so that we imbue them with human characteristics?

The largest influence that internet meme culture has had on my work has been the adoption of its mechanisms of appropriation and digital manipulation. I love that way that disparate imagery is fearlessly sampled and mashed together in the service of any ridiculous idea imaginable. My work has been inspired by the methods of appropriation pioneered by artists like Marcel Duchamp, Richard Hamilton, and Andy Warhol as well as the emerging conventions of postmodern internet culture (such as mash-ups and meme collages). I look at contemporary pieces such as Christian Marclay’s ‘The Clock’ and how he elevated the form of internet supercuts into ‘high’ art and I try to see if I can do the same with the visual language of memes, Photoshop battles, etc.

I have a theory that the internet’s obsession with animals may be a subconscious attempt to fill the void that our natural relationship with them would normally fill. Humans, after all, have evolved over millions of years alongside animals. Hunting them, fearing them, and forming symbiotic relationships with them. Now for the first time, many humans are estranged from almost all of their natural relationships with animals but they still preoccupy our minds in (increasingly strange) ways.

Although it’s not one of the most relevant memes in relation to my work, I love the Doge meme for some reason. Especially how it has escalated from the Doge meme, to the semi-ironic Dogecoin cryptocurrency, to the Dogecoin sponsored Nascar car. It’s like an internet meme forced itself into physical existence through sheer tyranny of will… or cuteness or something. 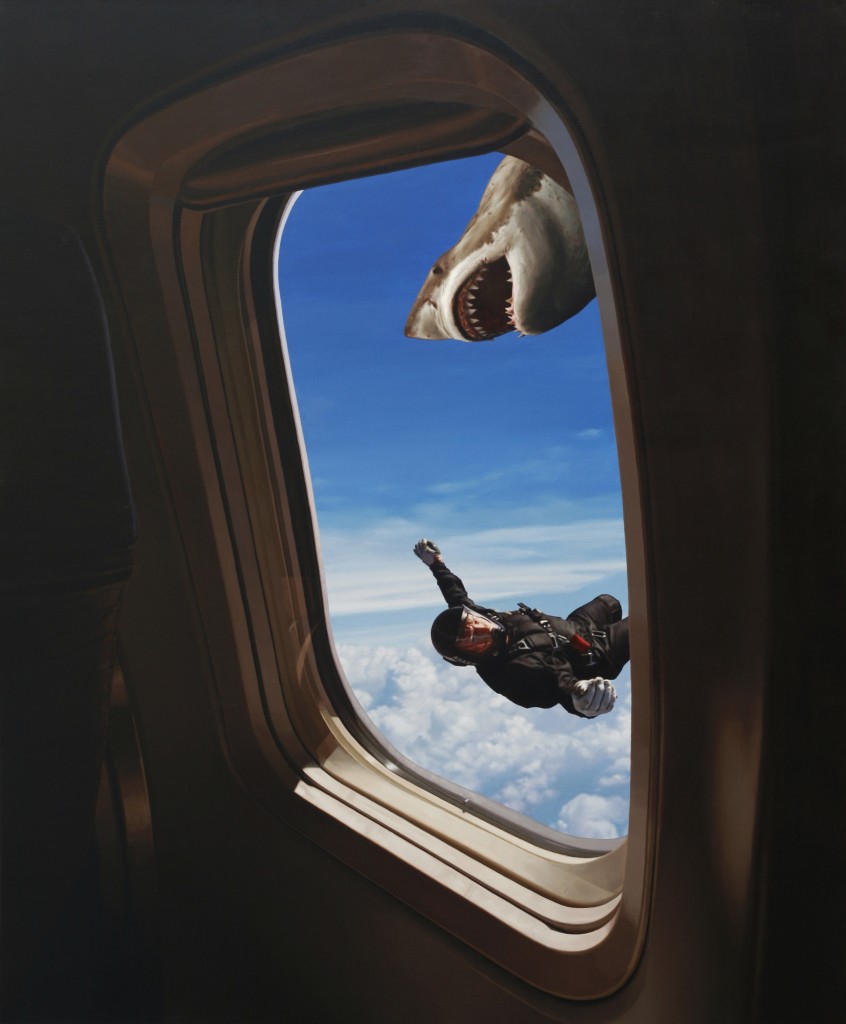 How has classic Flemish painting influenced your work? What do you see of the your work that is inherited?

I’m inspired by the way in which the early Flemish painters like Rogier van der Weyden and Robert Campin created completely convincing hyperrealistic scenes where angels and demons exist alongside real people in contemporary dress and settings. I like to imagine the wonder that audiences must have felt seeing the completely convincing contrived reality of these paintings in a time so long before any sort of photography. I know that that kind of intense visual/emotional connection of a painting to a viewer is impossible in this present age of constant visual bombardment, but my hope is to maybe reclaim just a little bit of that magic.

My interest often fluctuates from one motif to another depending on visual ideas that I want to explore, but I think the focus of my interest is on the animal-man connection that runs throughout almost all of my paintings and the volatile relationship of the modern and natural worlds that it represents. In my mind it’s the most important aspect of contemporary life. 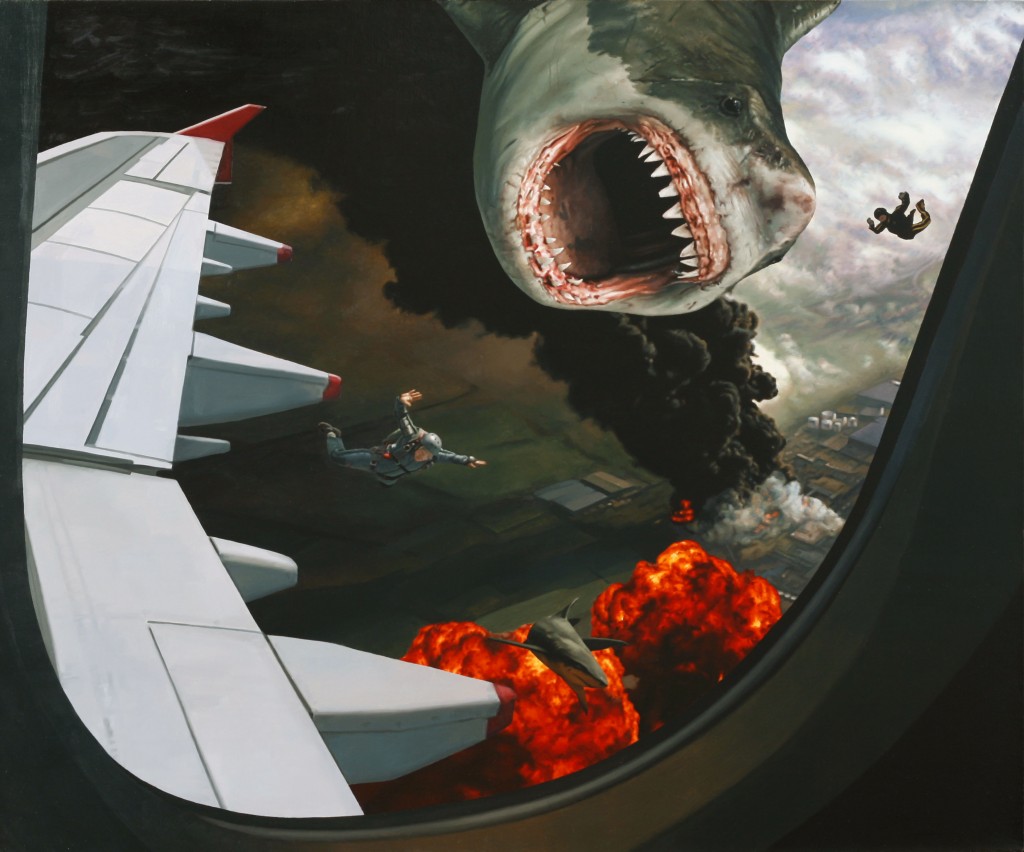 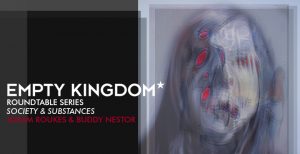 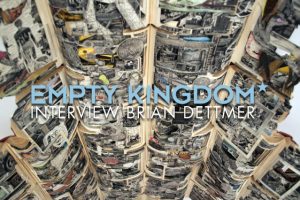