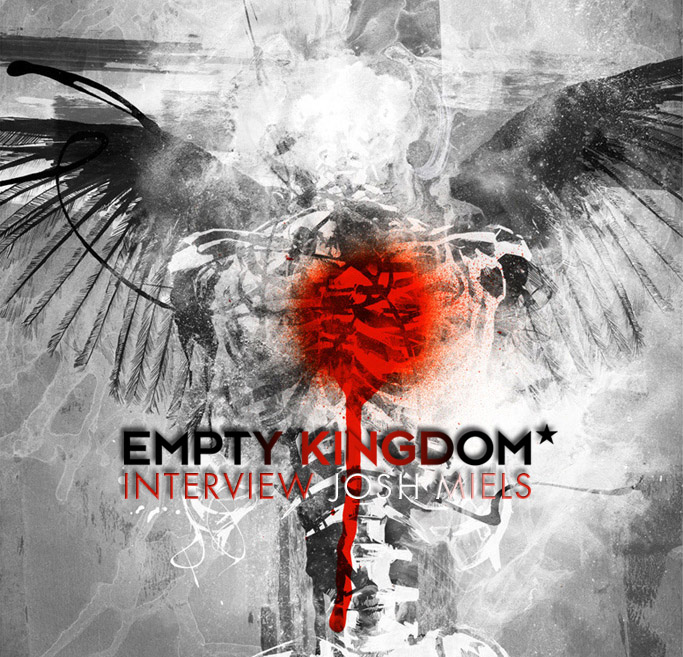 Josh Miels is a crazy cool artist hailing from Australia. He was previously featured on March 21st, 2011 by our very own Konahrtist; Josh makes his big EK comeback with an exclusive interview and an awesome inside look at the place where all the magic happens.

I gotta say though, I’m especially proud that we get to give you an exclusive first look at this amazing piece he’s been working on. 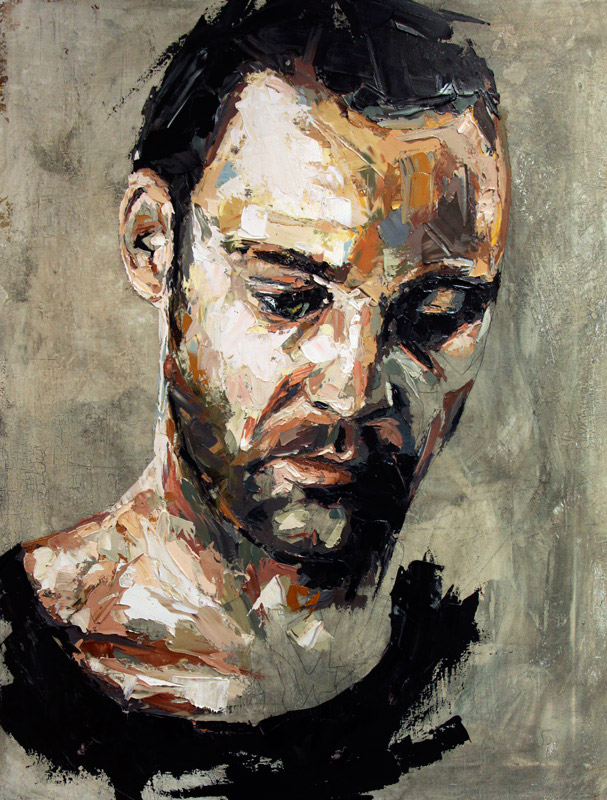 Who are you and how did you get here?

My name is Josh Miels. I am a 29 year old artist from Adelaide, South Australia. With the power of social media and networking I somehow found my way to Empty Kingdom. Well, that’s kind of true. I had a facebook fan alert me to Empty Kingdom and said I should send my work in, and I am glad that I did. 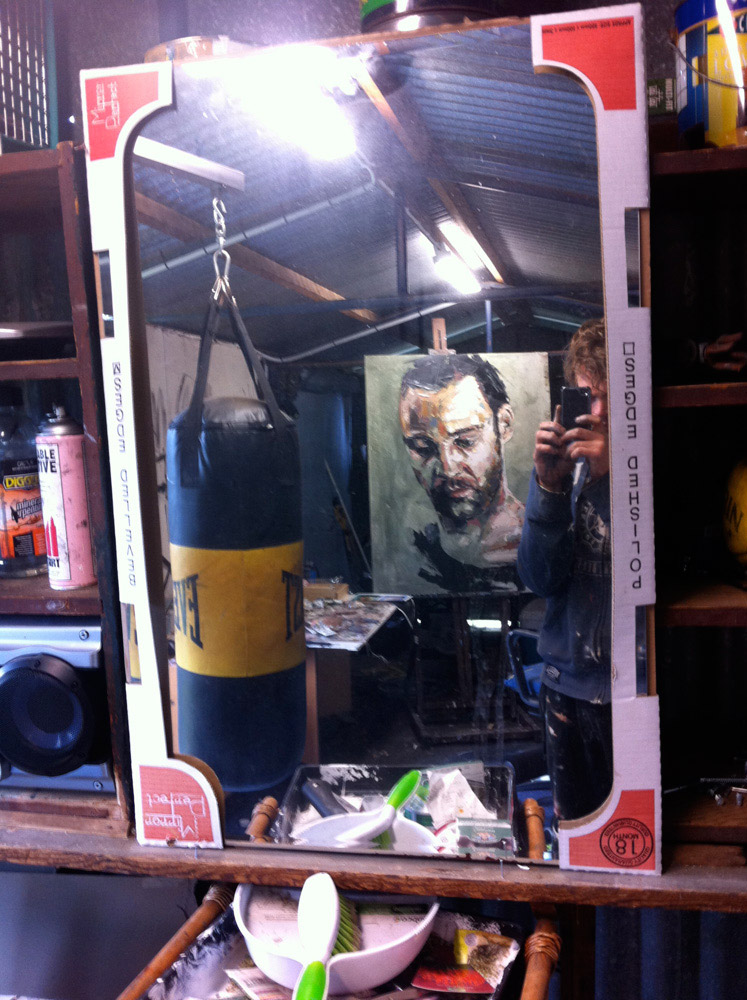 Describe your development as an artist. When did you start digital art?

I began my creative career as a graphic designer specializing is packaging for fast moving consumer goods such as soft drinks, alcohol, snacks and gourmet foods. I have been working in the industry for almost 10 years now, 5 of those years in my own business.  Although I love the job that I do, over the last few years I felt like I wasn’t getting the creativity I was striving for.
About 18 months ago I began playing around with software that I use for work to see what images I could make. At the same time I was beginning to pick up the paint brush again, trying my hand at a few unsuccessful paintings. Not wanting to waste the time I had spent, I scanned in all the paint textures so I could utilize these in my digital artworks. From this I began to develop a serious interest in both traditional and digital art. 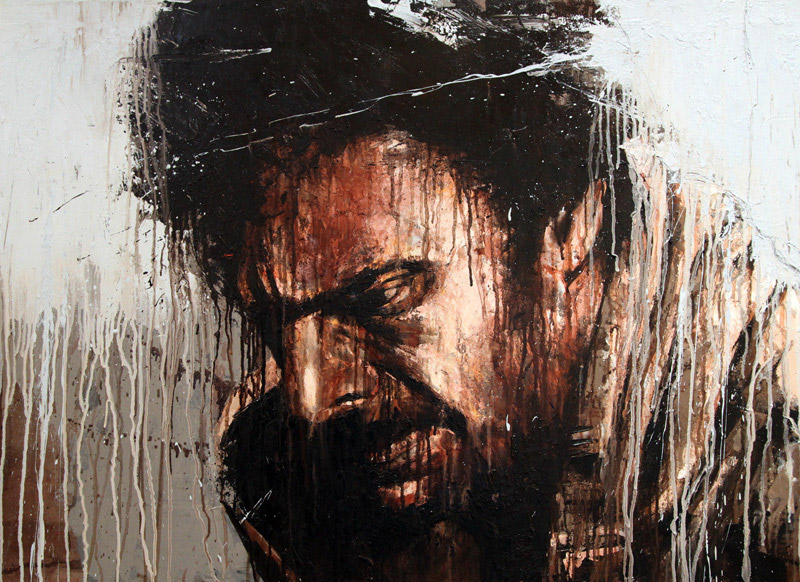 What are the differences between digital and traditional art? What’s the interplay of the two in your work?

The difference between my digital work and oil paintings is quite vast visually. With my traditional oil paintings I like to focus on portraits and the emotions of the person. There is no real message that I am trying to portray in these pieces, I prefer the audience to draw on their own experiences to develop their own idea on what the piece means. For me the piece can have any meaning it wants depending on who’s looking at it.

My digital work can be broken down into two categories. The first category is just for pure visual pleasure for myself and the viewer, something that is visually striking and would look great on someone’s wall. The second category is more political and has a deeper meaning. Although this artwork is still visually striking, it is created to convey a message in a tone that is socially acceptable but still cause people to question how society exists. 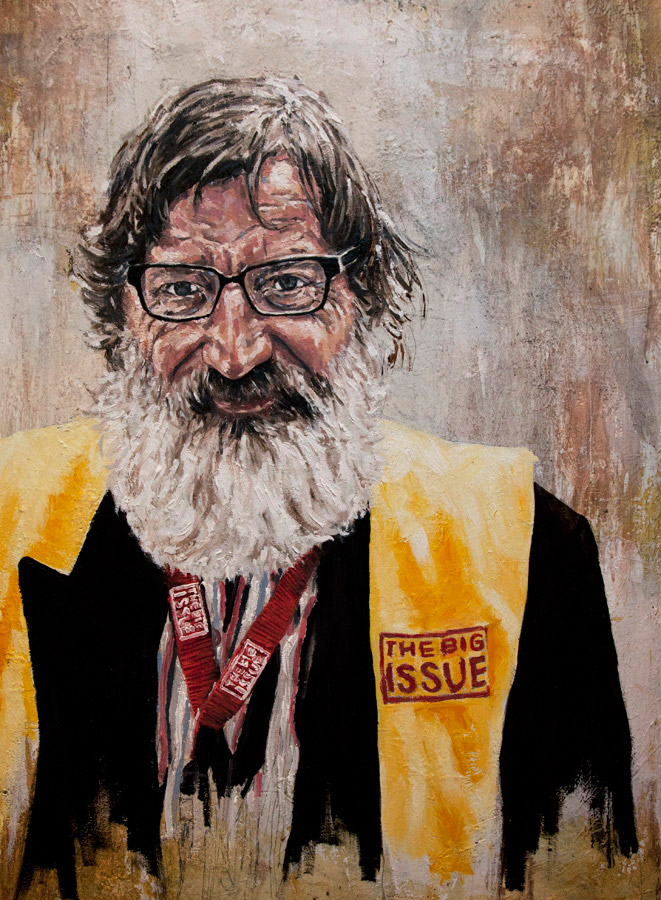 How do you choose the subjects of your portraits? Are they people you know or inspired from photos?

I first started selecting my portrait from photos I found of the internet; however I quickly grew tired of painting people I didn’t know. I felt I wasn’t able to really capture the person. In recent times I have begun photographing my family and friends, although I am now running out of people to paint. This problem will force me to get off my ass and ask people I don’t know if they are interest in being painted. 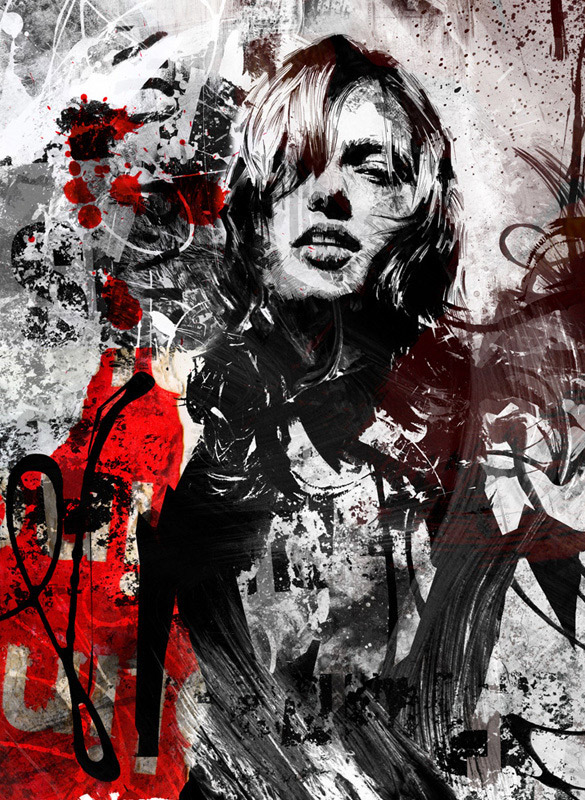 What emotions do you enjoy conveying? Which are the easiest and hardest to capture?

In my oil paintings I like to paint quite ‘dark’ portraits and try my best to create a real sense of emotion. I want people to stand back and reflect on their own personal experiences. I strive to capture the darker, sadder side of life, although I’m not sure what emotion is easier to capture. Maybe if I painted a happy face I might be able to tell. I think one of the hardest parts to any art piece is back before the first stroke is put down or illustrated. Because I like to photograp my subjects, it is really difficult to get the subject to portray the emotion I am looking for.

Stock up for nuclear winter is great. Do you think about the end of the world and what it would be like?

I think we have a long way to go before that happens, but by the time we finally try to act on it, it will probably be too late. I can see humans fading out and nature taking over, with plant life spreading and animals beginning to repopulate the earth again – they may be slightly mutated though… 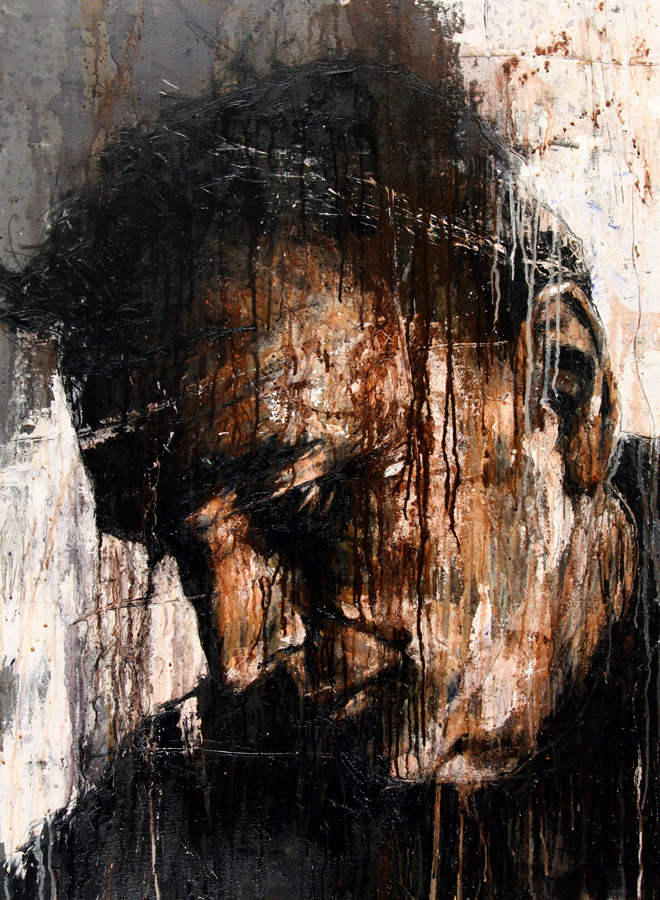 Got any tips for surviving the apocalypse?

Tip 1: Watch the Mad Max trilogy. I’m sure there would be some good tip on how to survive in there.
Tip 2: Move to Adelaide. You couldn’t be any further away from everything else if you tried, Thank-God for the internet.
Tip 3: A Shotgun. Every great video game hero always has his trusty shotgun; there must be a good reason for this.

How would you adapt your art to that reality?

If I was still around creating pieces of art, I might as well forget about using the computer. Maybe I could back to the original ways of creating art, such as grabbing some rocks and drawing on cave walls. 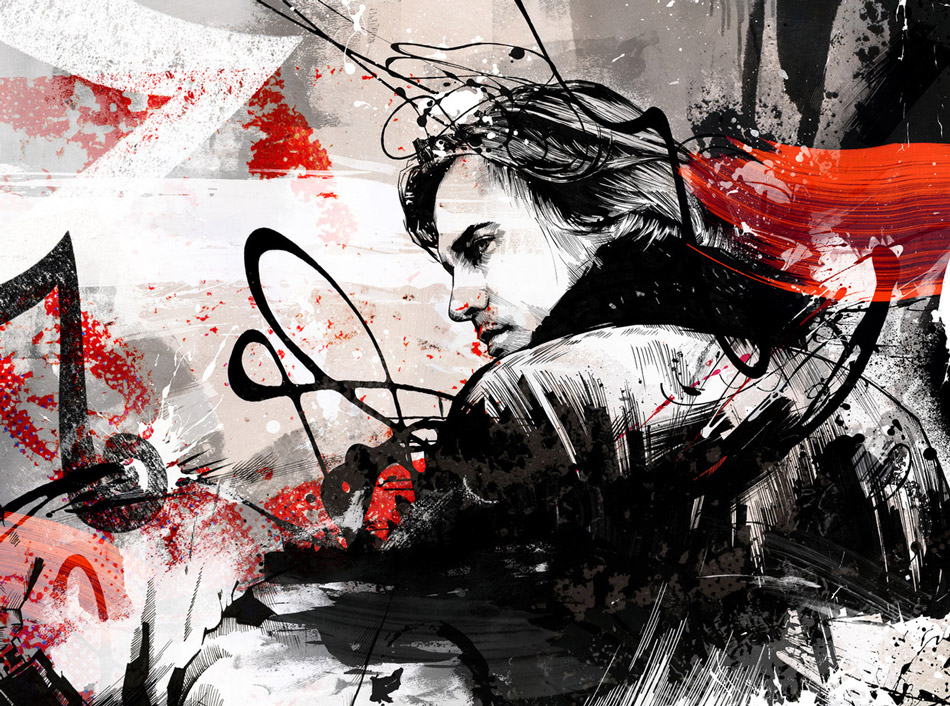 Do you see mankind as sheep-like? Do you like lamb chops?

Hadn’t thought of it in that way, but to a big degree there is truth in man being like sheep. Spoon fed by the media: What is right and wrong, what to buy, etc. I am just a bad as the next since I am employed to persuade people to buy a particular product or brand. Maybe it is a self-portrait!?!

I must admit, I don’t mind a good lamb chop.

What is the inspiration behind Welcome home? Are there any specific issues that you feel strongly about?

‘Welcome Home’ is a piece to get people to rethink their views on refugees. I think the Western world, particularly in Australia at the moment, really likes to play on peoples’ fear of refugees and try to associate them with terrorism. Many refugees are victims of war, trying to escape their plight by fleeing to another country only to have their basic human rights taken away. I don’t have an answer for the refugee debate, but I do hope people can rethink what it is to be a refugee. 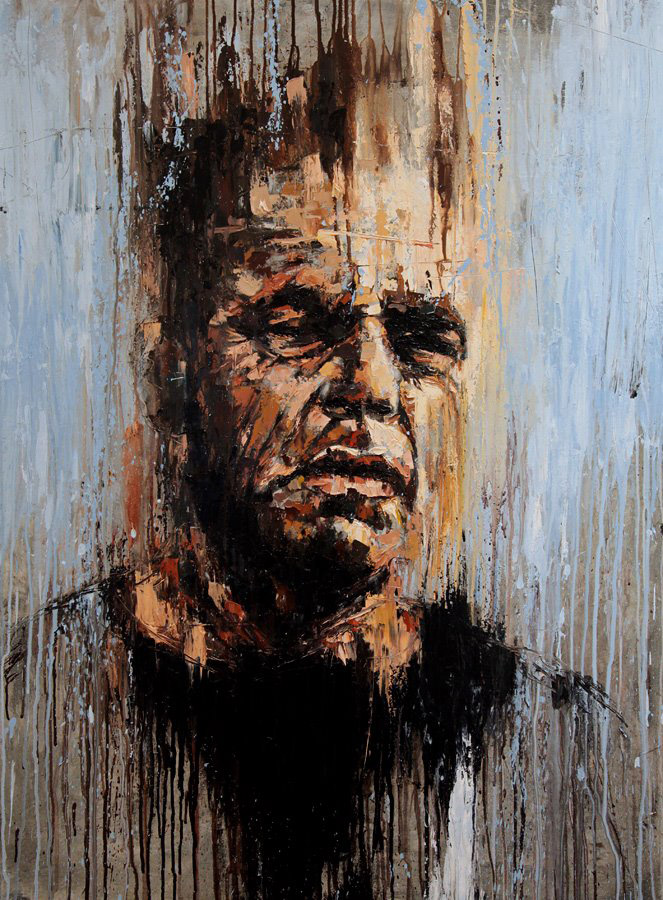 What are some of your favorite movies, music, books, comics?

I must admit I am a child from the 80s and it seems I haven’t been able to move forward from it. I love children’s movies such as the Labyrinth and the Dark Crystal. I also like a good action movie such as Boondock Saints and Once Were Warriors.
As for music it’s a mixed bag. I can spend hours painting while listening to a musical such as Les Miserables, but love to get into the old works of David Bowie and some heavier tunes such as Tool.
There is a great art magazine in Australia called ‘Empty’ which I love to read. 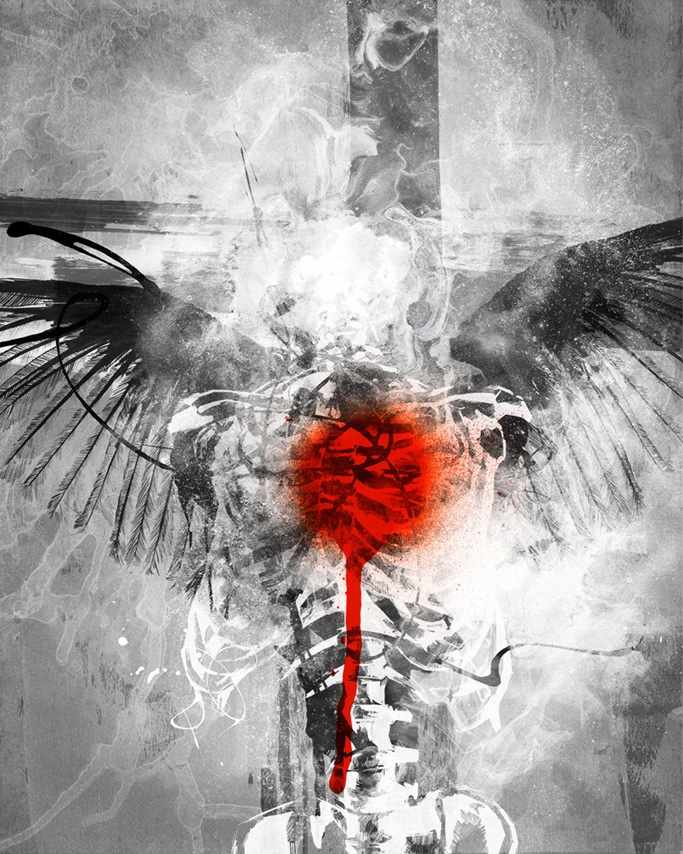 Who are artists that you admire?

I think it would be hard to name exactly what artist I like as there are so many artist that I draw inspiration from. In no particular order here are a few artists that anyone who loves art should check out: Jenny Seville, Banksy, Charlie Isoe, David Kassan, Byroglyphics, Ian Francis, Guy denning & Sophie Joiden. 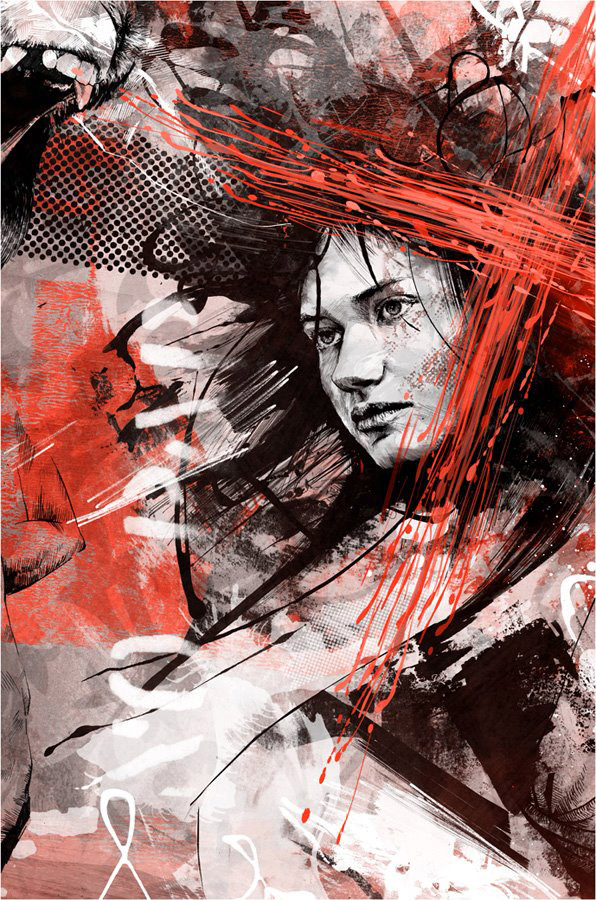 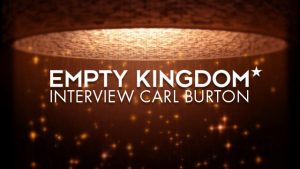 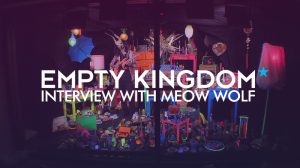 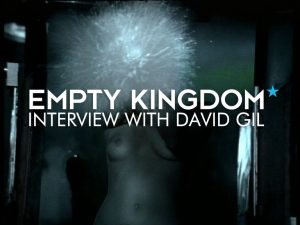 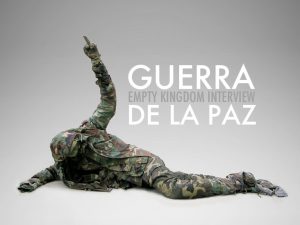 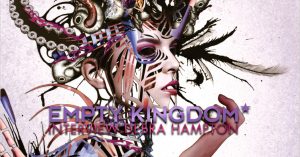 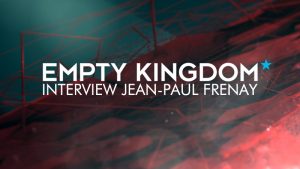 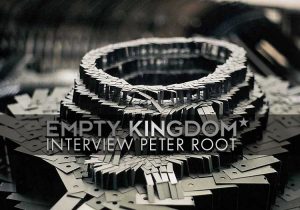