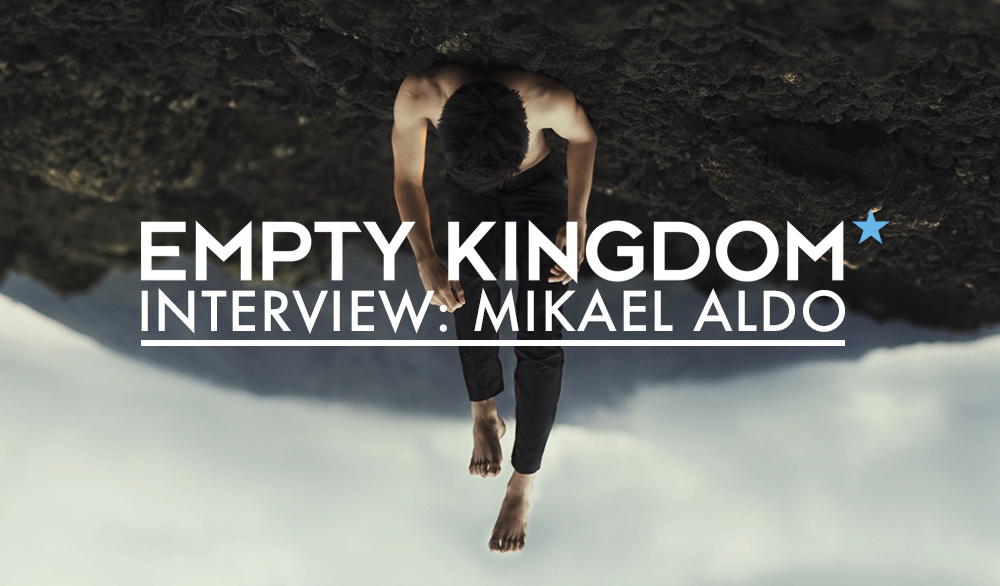 In his photographs, Mikael Aldo harnesses the forces of nature to tell a compelling narrative. Whether discussing the destructive capability of man, or experimenting with perception his work is visually stunning, weaving a fantastic tale that the viewer wishes they could be a part of. Check out his interview:

Tell us about yourself, you were enamored by photography, what was your first series?
I have been taking pictures since I was fourteen. My interest was still objects back then. Flowers, film rolls, splashes. But it got dull, so I began experimenting with portraits and turned out I fell in love with it. My first series was my “365” project in which I had to take pictures every single day for a year. 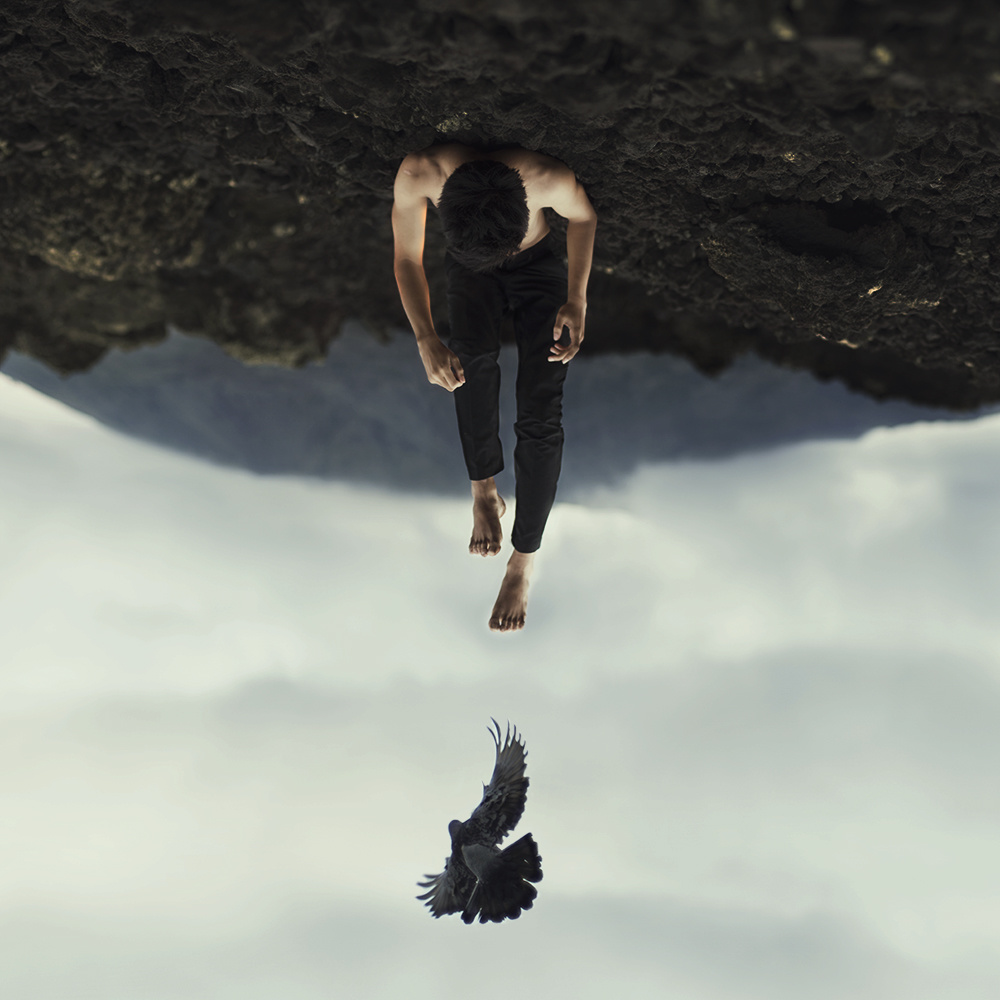 Can you tell us about your photograph ‘The Burning’. How did you execute the photo? Where was it taken and what time of day? What did you have to do to set up for the photo?
The image is a part of my “One Day” series, a set of images which was inspired by the destructive forces of men toward nature. “The Burning” is the part where man takes advantage of nature, burning down forest for his own fortune. I left home at 4 in the morning and headed to the forest (I live in the city), the road took me an hour and a half as usual. The set was nothing grand. I just had to put sheets of cartons on the ground to prevent the fire from spreading. It was dry season, so I had to be very very careful. 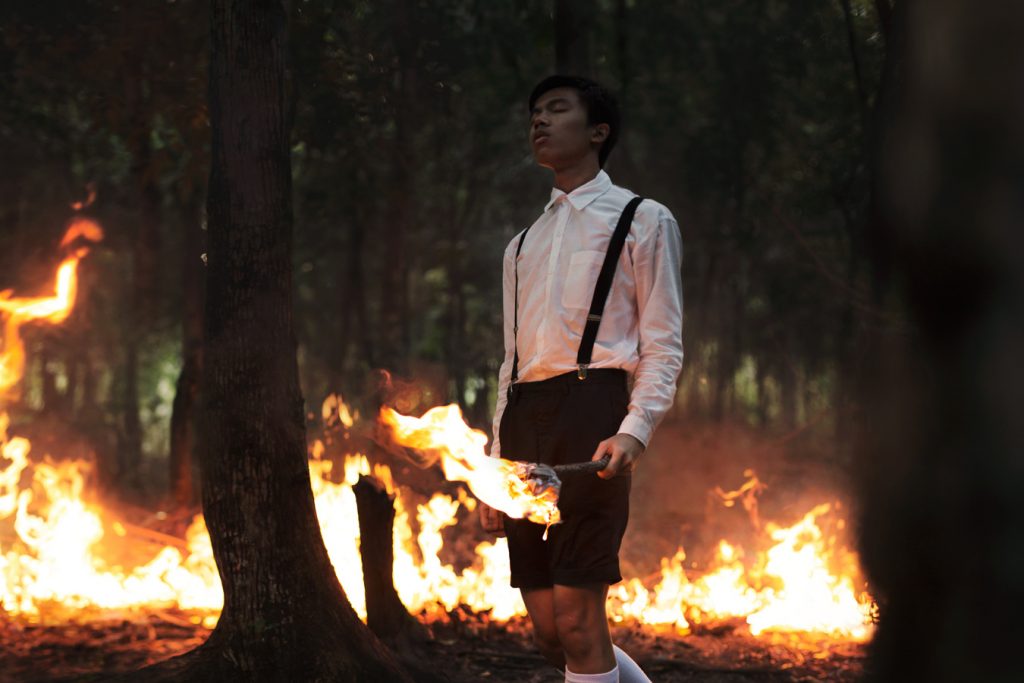 What was it like working with fire as part of a shoot? What were the challenges you encountered using this element? In Born of the Sea you’ve also worked with water, how do these two elements work differently?
Since “The Burning” was a self portrait, it was quite challenging. I had one person helping me to light up the fire, but it barely lasted ten seconds. So making sure everything was in place was essential. Contrary to the shoots where I had fire, shooting with water is quieter most of the time. But I guess it depends on what and where you are shooting. 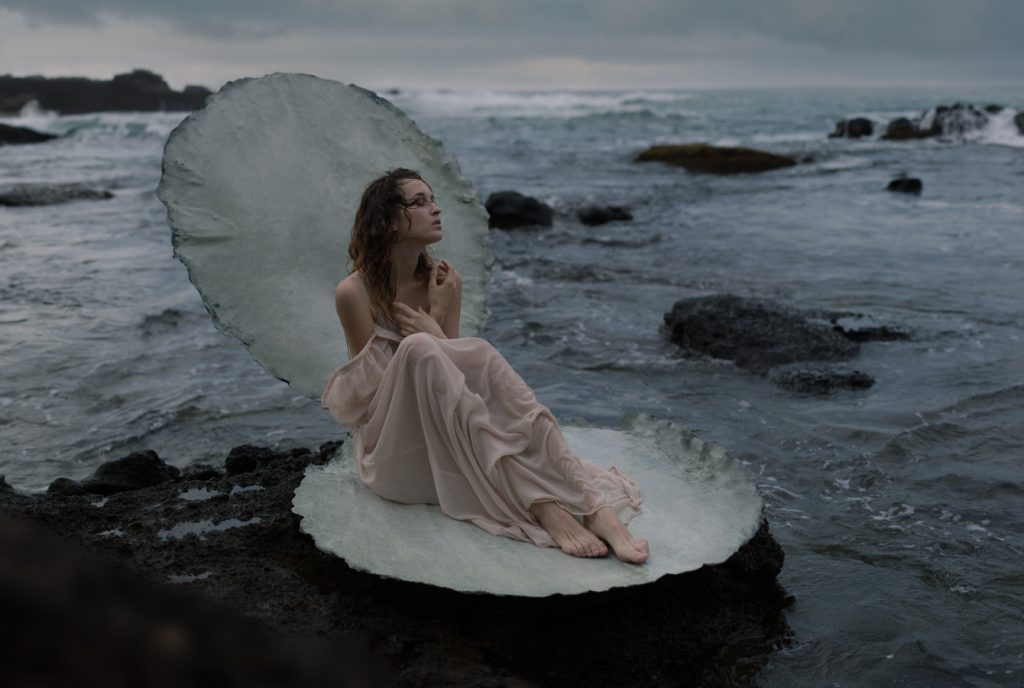 What have you learned from each? What did you expect when you were using water and fire? What were you prepared for? What caught you by surprise? What does each bring out emotionally in you? What emotion do you aim to access in your viewers with these elements?
No matter how well I am prepared for a shoot, I can never really be prepared for the unexpected. Most of the reason being the involvement of natural elements. But that’s when the shoot gets exciting and challenging, when things turned out to be what you weren’t expecting. It’s about keeping the story in mind and trying to achieve it, no matter what happens. When people see my work, I just let them feel what they want to feel. I don’t expect anything.

Where did you photograph ‘The Guidance’? How did you find the location? Why did you choose the tree in the photograph? What is your connection to the natural world? What is the guidance you’re referring to?
“The Guidance” was also a piece from “One Day” series. I was researching for new places to shoot at, and found this place by accident. It was quite challenging to get there as it was far in the mountains, so some trekking was necessary. This image was special to me because the face of the tree was developed from a very meaningful person. The tree portrayed giving ‘the guidance’ as an advice to the main character for the cruel things he had done (re: burning down forests, etc). This place is located in Mount Papandayan, West Java. 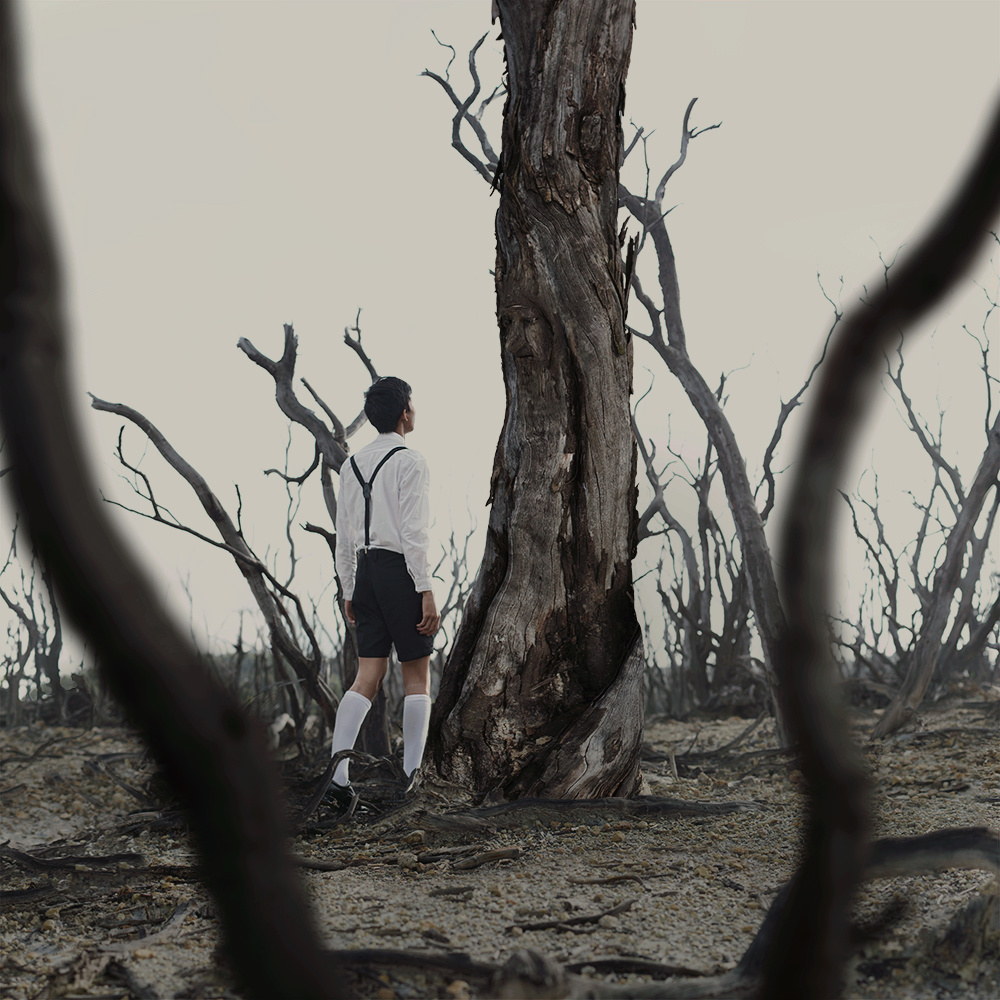 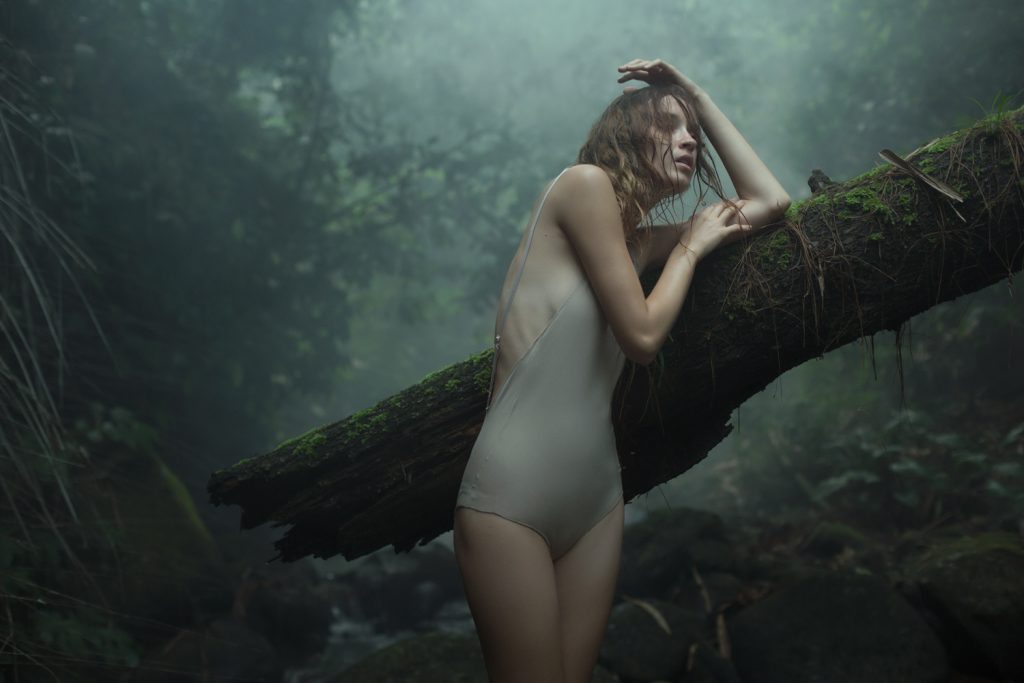 What are you working on at the moment? What is next for you?
I’m not working on anything special currently, but I hope to collaborate with more people this year. 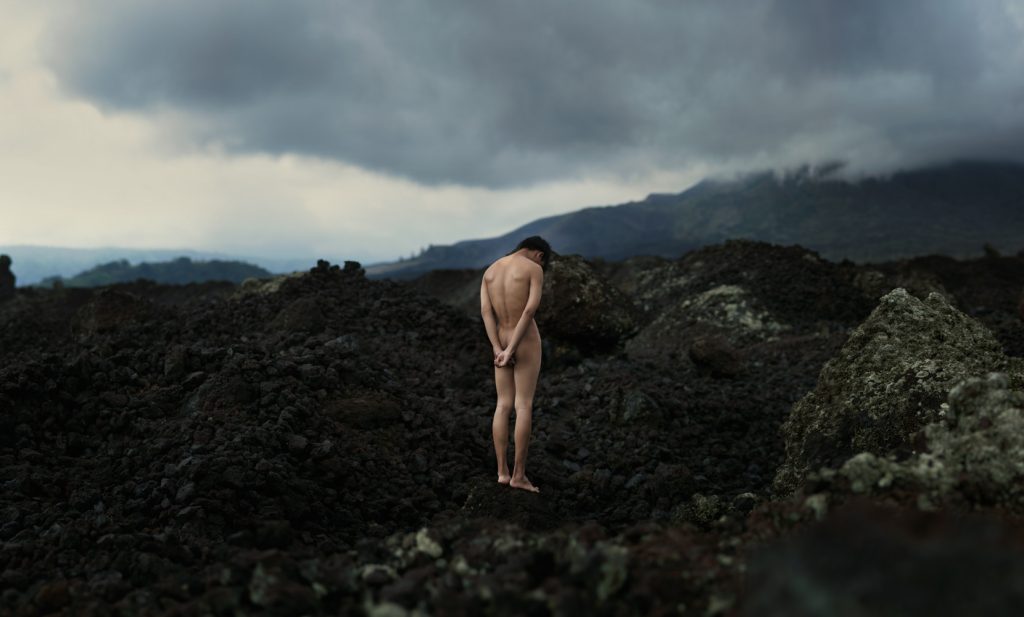 Where’s the most beautiful place in nature you’ve been recently? What made it so impressive?
Probably a forest in Sumedang, West Java, where I shot “Time Beyond Reckoning.” It sure looked like a place straight out of fairytale. With all the fallen trees, fog, and flowing creek between giant rocks. 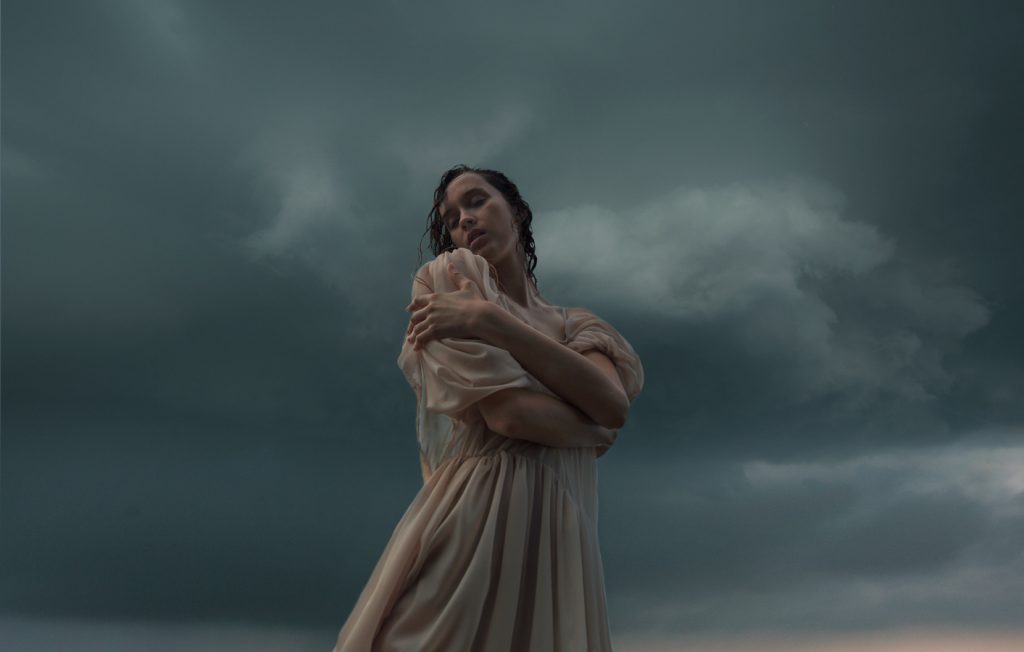