We featured Owen Freeman May of 2010.  He’s been doing work since.  On his blog 24 Hour Emergency, which I strongly suggest you go to, you can not only see his final pieces but also read the background and see some of his process.  Freeman works for a number of high profile clients such as the New York Times, The New Yorker and Rolling Stone and uses an array of different techniques from ink, to watercolor to digital.

What was the first client you had?  What did you do for them?

My first formal illustration assignment was from Aeroflot Airlines, and it was to illustrate a series ten luxury events of the upcoming year. 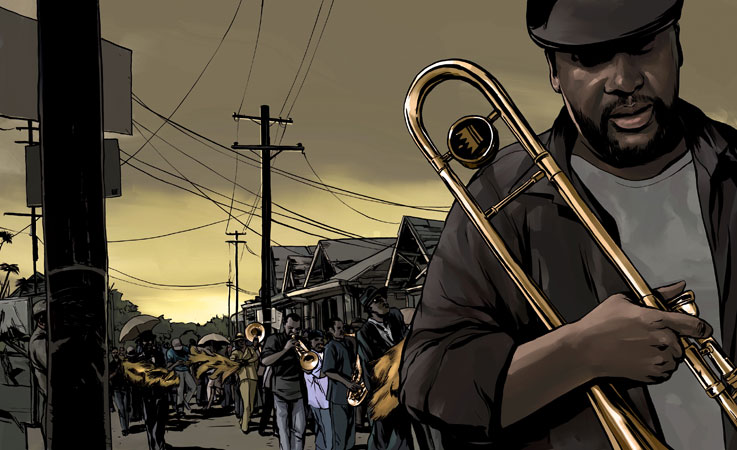 How long have you been working as a freelance artist?

My first assignment was at the end of 2007, but I’ve been freelancing full-time since graduating from Art Center College of Design in 2009.

Has it been a rewarding experience?  How has it influenced your personal and artistic development?

I really enjoy freelancing. The diversity of assignments and clients is a constant source of inspiration, and the deadline-driven environment is something I’ve always appreciated.

Where did you come up with the name for your blog, 24 Hour Emergency?

It was originally the name of my unreleased DJ album.

Talk about Tanker, how did you approach the piece?  How was it received?

Thanks! It was for an Op-Ed class and the assignment was to illustrate a piece on the pirate attacks along the coast of Somalia. I was listening to a radio program for research and someone describe the attacks as desperate caused by economic starvation in Africa. The term starvation sparked images of survival in nature and so forth. From there, the water seemed like an interesting connection back to the literal story. And, as I recall, it was pretty well received.

What did you do to prepare January Jones for the illustration you did for HeflinReps?

For that illustration I think I had a cold temperature in mind for the whole scene and mood, so I spent some time on the sketches and then worked from a range of reference to capture her likeness in as chilly a way as possible.

How did you decide that Jay-Z should be the artist to accompany Sinatra for the New York Times Op-Ed?

In that particular Op-Ed, the author specifically named Jay-Z and Roc-A-Fella records as having cited Sinatra as an influence, so  both the Art Director and I saw including Jay-Z as a natural fit. 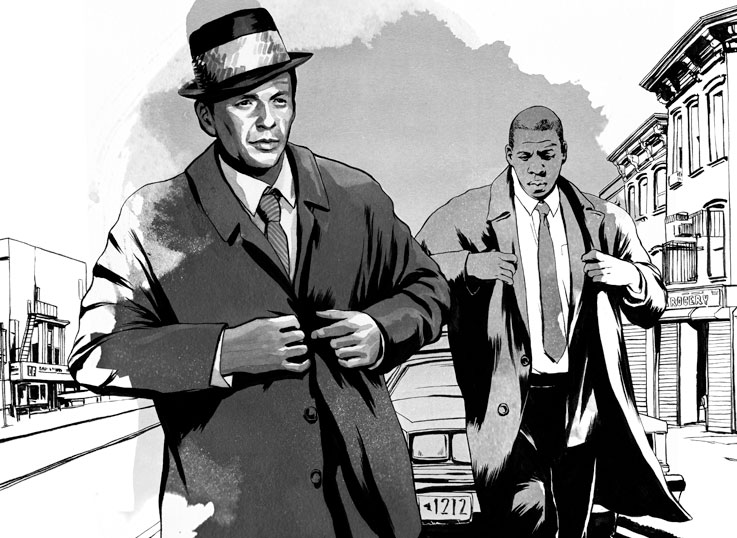 What has been the most challenging job that you have had?  What made it such a challenge?  What did you learn from it?

Book review assignments can be a a tricky simply due to the fact that the assignment is to work from a secondhand synopsis of a book without a real direct connection to the source material, especially since there is never time or opportunity to read the book itself. The books are, more often than not, critically acclaimed (and often unreleased) novels, which makes the pressure of having to work with very broad strokes feel more precarious than usual. But, it also makes good practice in expanding visually on a single scene or specific passage from the review.

What makes a good art director?  What can an art director do to help you achieve what you want creatively?

For me, the most rewarding experiences with art directors have been when we are able to work as collaborators on something that we’re both genuinely excited about. When the art director is able to send me rough design layouts and dummy text early in the process it is always creatively inspiring to build and play off the space within the designers framework.

Did you get to travel for your work for the Times on the revolts in Egypt, the torture debate, solitary confinement and the withdrawal of U.S. Troops from Iraq?  How have you personally reacted while working on those pieces?

So far I haven’t been called upon to travel for any assignments, which (in the case of the New York Times Op-Ed’s) might be for the best, since there’s often barely enough time to leave my desk on such quick deadlines. But, that being said, there is an interesting momentum to getting to work and think about a subject that’s unfolding in the world as you draw it. 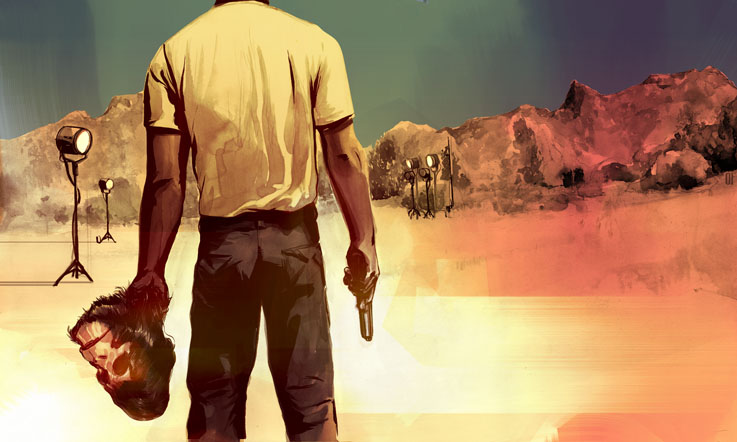 Talk about your experience working for a high profile client like the New York Times?

My experience working with art directors at the New York Times has been great. There is a confidence and steadiness to the folks I’ve been able to work with there that alleviates a lot of the pressure of drawing something that’s about to be in the New York Times.

What advice would you give a starting artist looking to get representation?

I would advise artists to talk with as many illustrators as they can about their experiences with reps, and to learn the different ways those partnerships can work and begin.

Who have been personal influences?  How have they changed you and your work?

I’ve been very influenced by teachers and classmates from Art Center, and the further I get from school the more I realize the effects of it. Currently I’m very inspired by the community of illustrators on Twitter, and feel very fortunate to be able to hang around in such a positive community of commercial artists.

What are you currently working on?  What jobs are on the horizon that you’re really excited for?

This week I’ve got a new Medical Mystery piece for the Washington Post and an album cover illustration. Beyond that I’m excited for the yet to be unveiled next assignment and spending some time exploring the Bay Area, where I just moved.

Do you prefer cold or hot weather?  Why?

Hot weather, because it’s usually accompanied by much more sun. 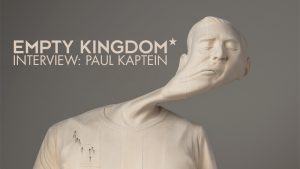 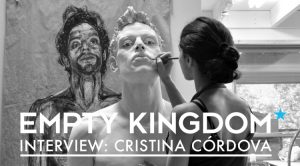