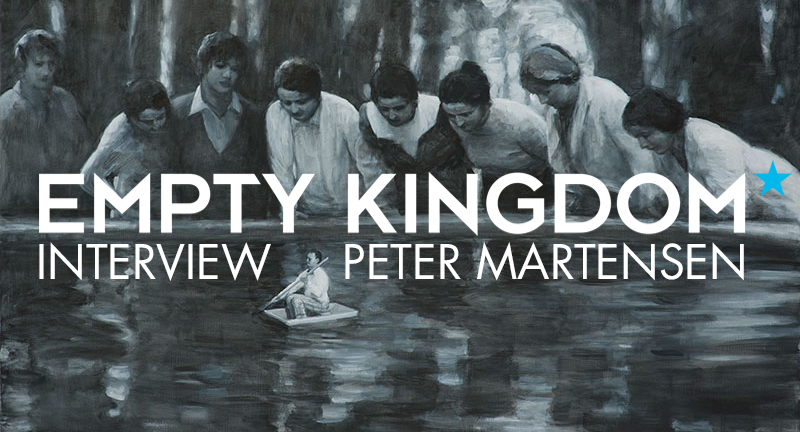 Peter Martensen‘s paintings are dark, haunting, and ethereal. They describe a world halfway between dream and nightmare, they are evocative and poignant. Check out his interview to hear the man himself:

How long have you been painting?

I actually began as a child. Painting and drawing has always been the most important part of my life. It is a necessity, or more correct: something basic that I just do like taking a shower or eating lunch, but of course there is always this idea of doing it as well as possible, in the sense of reaching a state of intense presence. This is a process that includes my fascination of what paint can represent on a canvas, but also my interest in how to create a painting that has a the quality of being an object of aesthetic value on one hand and on the other being an image with a certain charisma, that challenges my apprehension of what I am seeing. 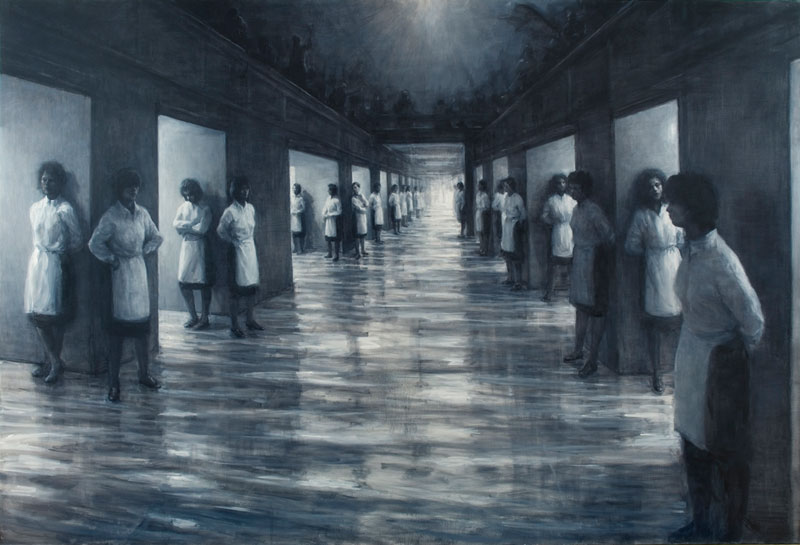 How has your subject matter and content changed since you began your career?

I guess my subject always has been people, but my expression and my apprehension of what painting is about has changed over the years. 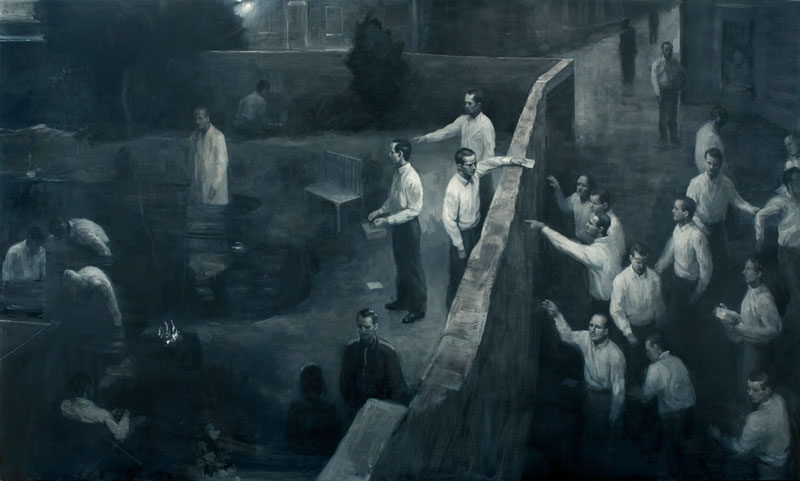 How have you changed since you began?

In the early years, when I dropped out of high school to become a painter in 1971, I was convinced that figurative painting had no future. I was inspired by Klee and Kandinsky and the book ‘The Dehumanization of Art’ by Ortega Y Gasset, which convinced me that painting had to free itself from depicting the reality we live in. I tried hard to find my way into painting from this perspective, but I never succeeded, and soon I began to resume painting and drawing what I saw and experienced. In this period I painted self portraits and portraits of my girlfriends. This went on for around 10 years. While this was going on I began to paint ideas, and things I imagined. This is something I still do, but there have been several changes in my process and the perspective of what my paintings represent. From around 1990, my work’s became more conceptual, actually still influenced by Ortega Y Gasset’s book, using figures as an ‘idea’ instead of being something real. That means I used a prototype man as an identification point in the painting, just an empty sign of an average man. 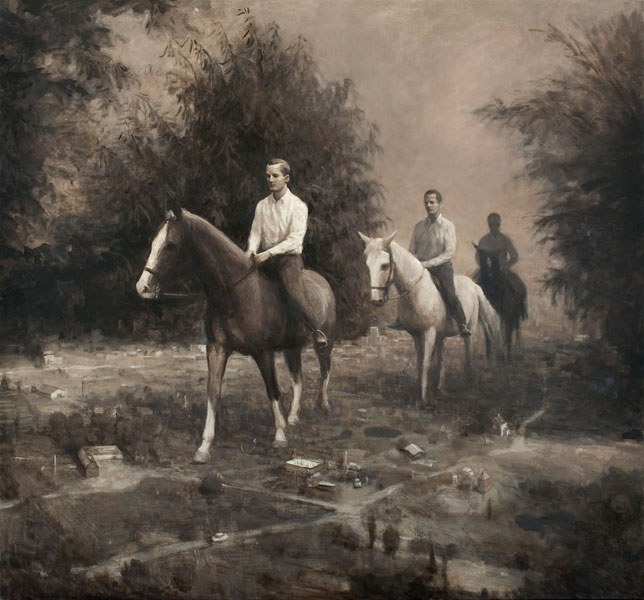 I discovered a lot of narrative possibilities from this, especially the freedom it gave me to use this figure as a building block making up sceneries, that had open compositional and narrative qualities. I began to use old photos and paperclippings and changed people in the photos to my average man, mr Everybody. I examined the effect that colours versus black and white had on this, and discovered that monocrome painting supported a more free interpretation of the motive, and strengthened the power of the image as something mental. Since around 1980 I realized that my idea of painting had to keep the relation to realism, but as I also realized the the phenomenon reality was an extremely mental thing, I began to see a possibility in finding a new approach to realistic painting. I have called my style ‘mental realism’ ever since. I consider painting as a place for contemplation, but also an aesthetic object. It should never try to tell a certain story. Stories are for commercials and writers. Painting is a place for the eye and your free association. 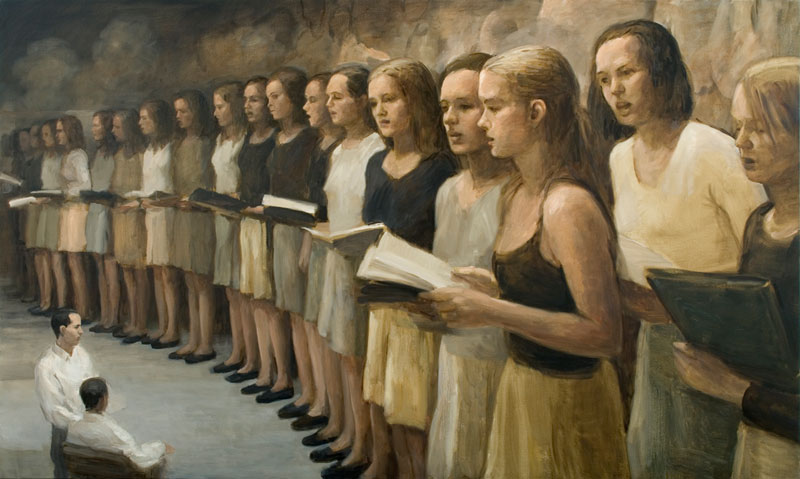 How are these changes related?

My idea of the process of painting is closely related to my feeling of being ‘organic’ in my approach to my work, which mean that I keep doing what feels right from an unconscious point of view.

I prefer not to know what my paintings are about, they are like dreams that appear – and as I don’t know where the dreams in the night come from or what they mean, I have decided to keep the same view on my paintings. It makes everything much easier. Even though many of my works are based on images I see on TV, in magazines or in real life, I use my sense of visual potential when I create a painting. I go for my own feeling of uncertainty and mystification. 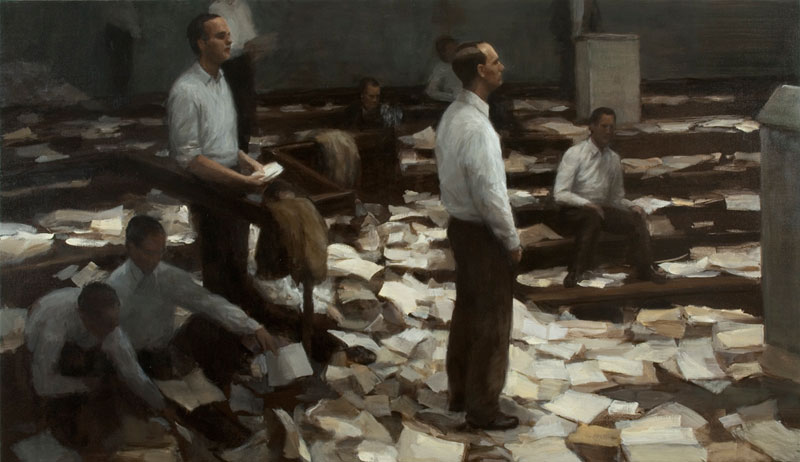 Can you tell us about The Party? What inspired the piece?

The Party is inspired by a video still I saw in an art magazine, from a video called ‘The Cake War’, done by an artist whose name I have forgotten. I think he was Russian. There was something about the colours and the setup that triggered me. I stole the tables from the video still, and put people into the scene. I quite often sample like this. The painting has no message. 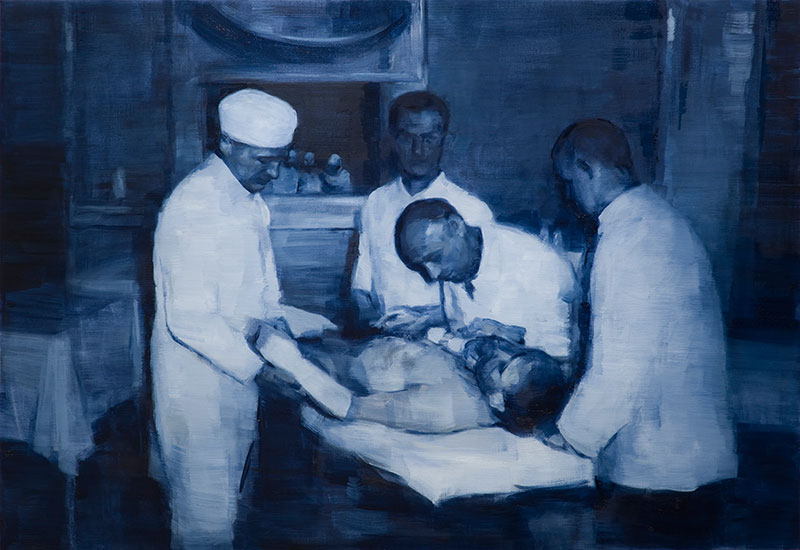 Who was the party for? The painting looks like the aftermath, or is it before? Do these kind of thoughts calculate into your pieces and inform or influence your work?

These questions show that the painting is working. I use to make up a lot of different stories while i paint, and keep the interpretation open. 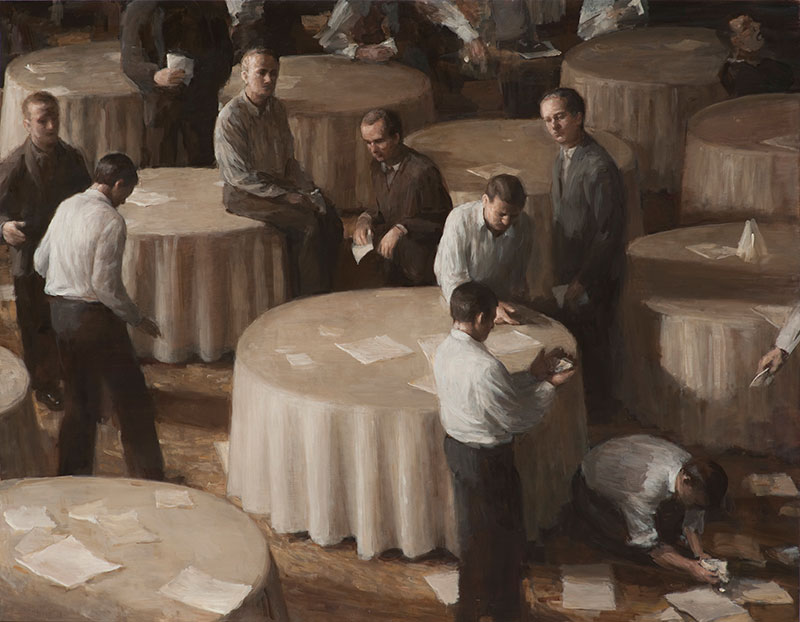 In Passenger one of the subjects in the piece seems to stand out, the person in red. Was this your intent?

Composing a painting is an arrangement of visual elements. Somethings have to be more important than the others to work. There are no intentions or messages in the painting. But of course I have the feeling that this image does something to me. I have been in New York many times, also for longer stays, so I have had experiences like this.

Do you take public transit? Do you ever feel lost in the crowd, alone in the center of many?

I actually hate to be in big crowds – it scares me. I prefer open space and solitude. 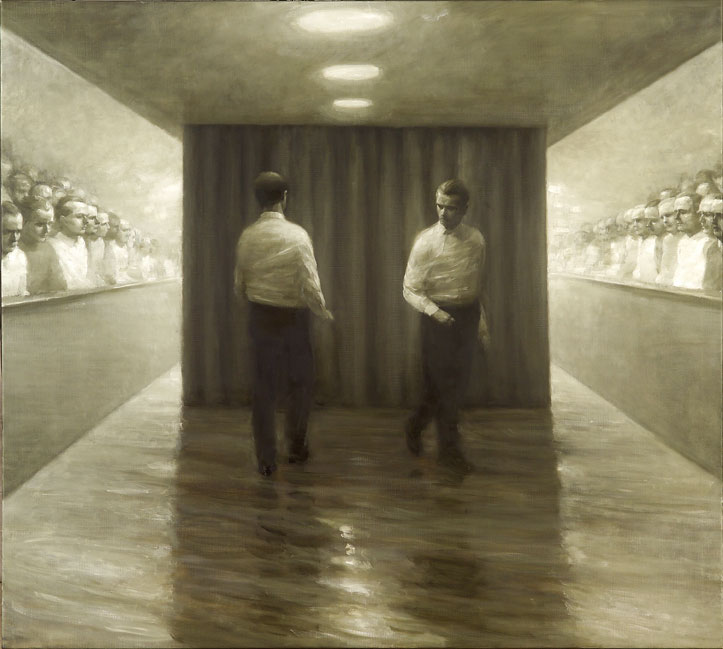 Can you talk about your color palette? From 2001-2004 it was all grays and blues and blacks yet your recent work has much more color to it. What caused this shift? What were you trying to say emotionally before with your color selection? How has that message changed?

To me colours are filled with connotations, and therefore also very challenging, if you use them in a representational way. On the other hand they are providers of mood and visual energy. I began to paint monochrome paintings to be able to focus more on the image, but also as a way to neutralize the relationship to art history. Colours are the reason for painting, so to remove colours is a way to go back to some kind of zero. I have resumed using more colours now – as I keep examining colours, image and motive in combination. And I still also work in black and white when the work demand it.

What of your recent works are you most proud of? Which is your favorite and why?

That is impossible to answer. All of my works – they all mean something to me, but they also suffer under my critically never satisfied eye. The reason why I continue painting is that I always think the next work will be better. 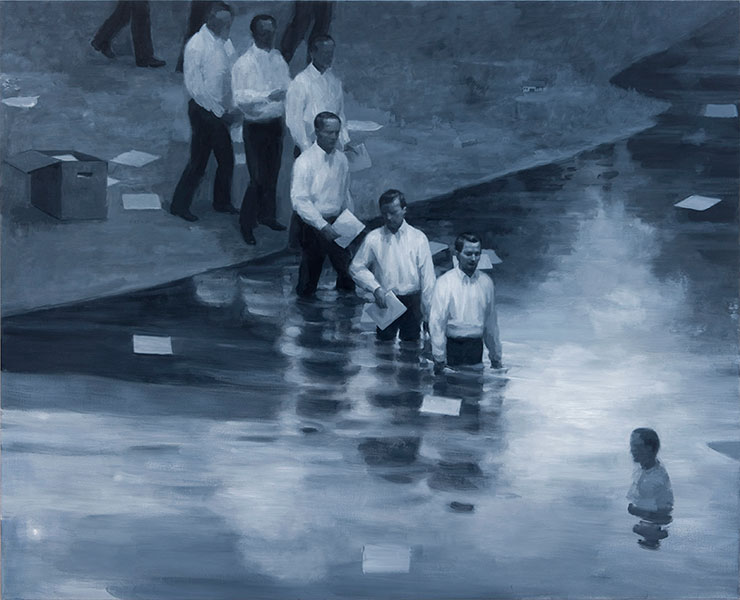 What are you working on now? What’s next for you?

Charcoal drawings and landscape paintings for two group exhibitions – drawings for a show in Musee d’art Moderne in St. Etienne, France, Paintings for the Johannes Larsen Museum in Kerteminde, Denmark. 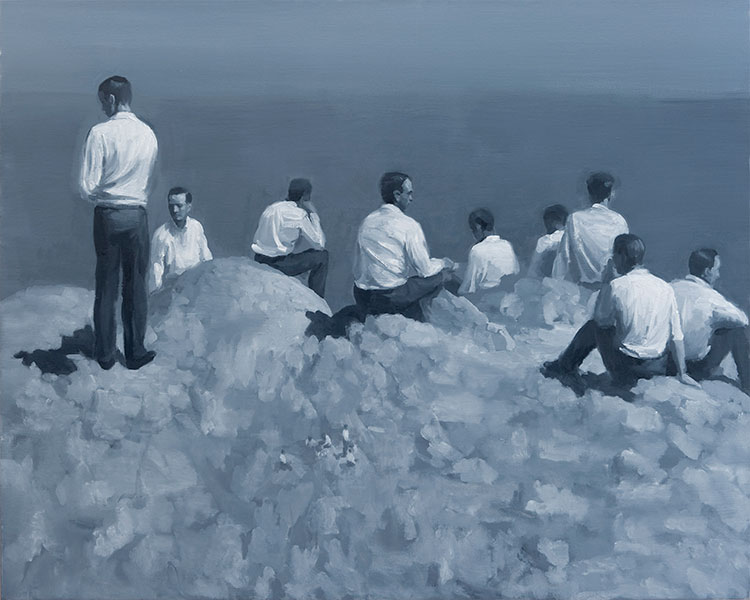 If you could drink anything right now, what would it be? 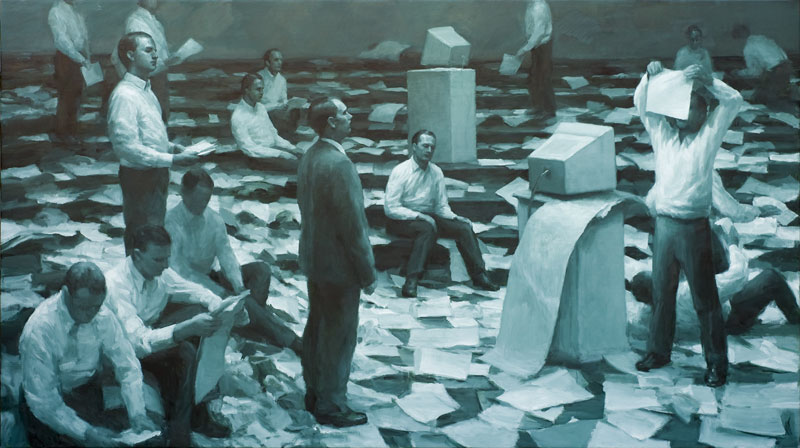 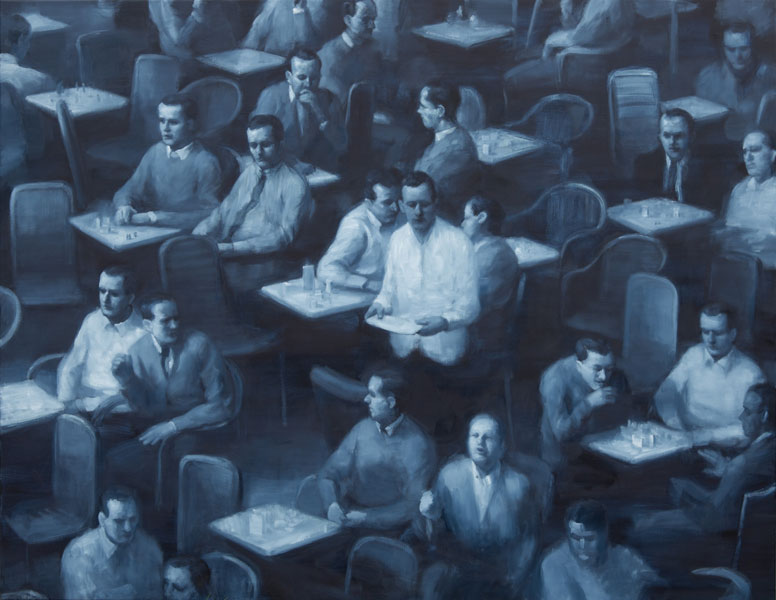 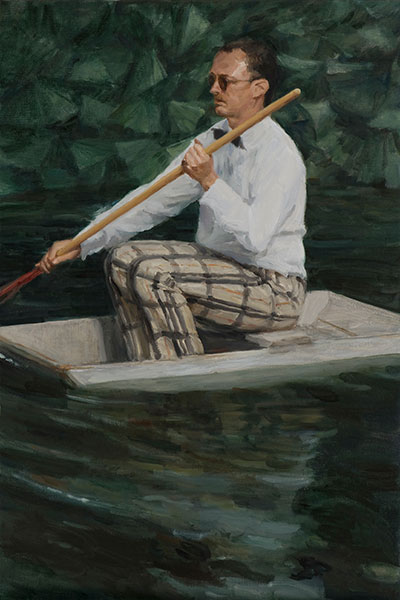 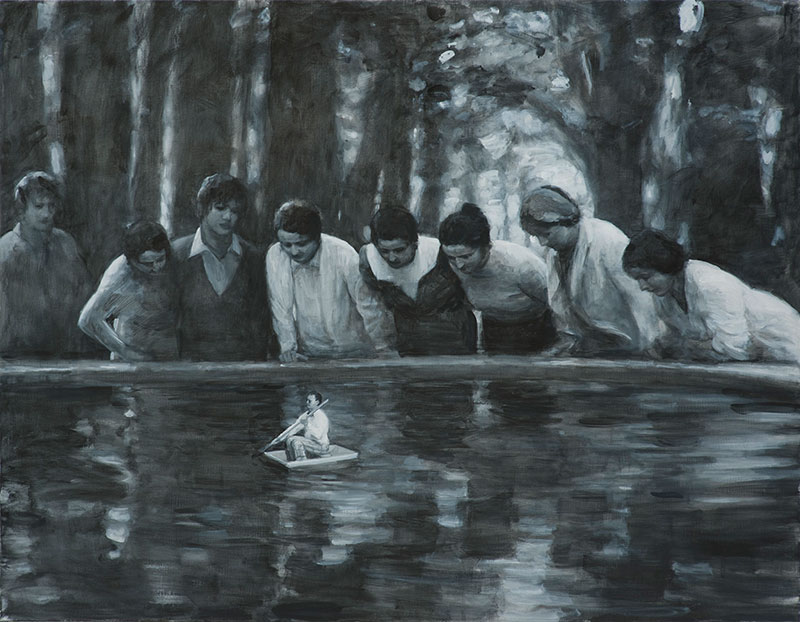 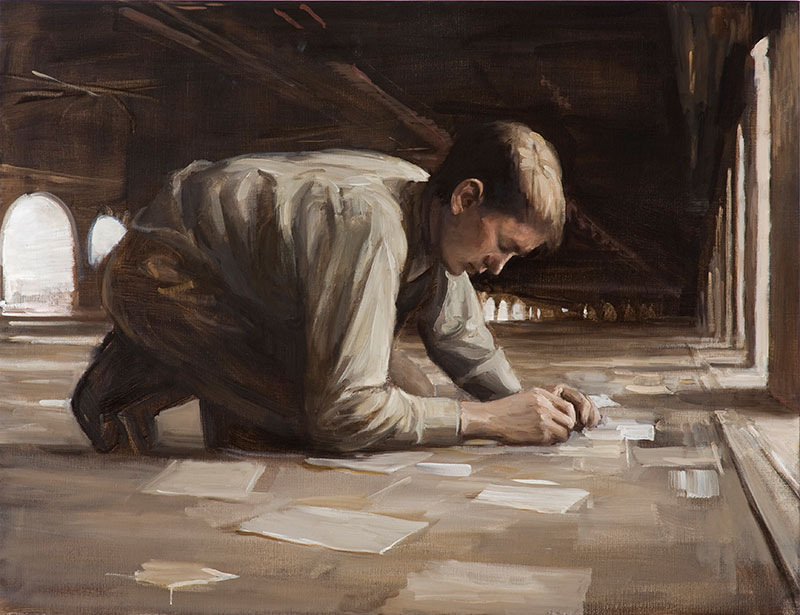 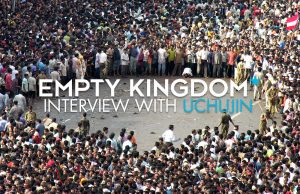 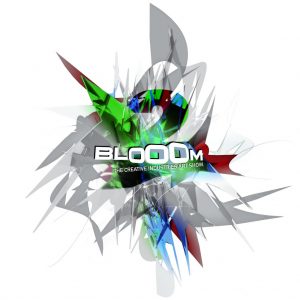 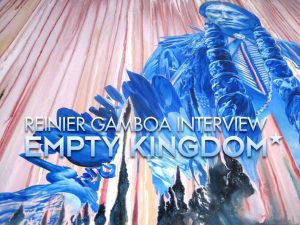 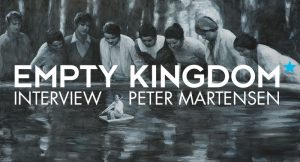