Seung-Hwan Oh‘s work has been eaten away by bacteria revealing a something far beyond anything a portrait could be. They are terrifying and beautiful, nightmarish and colorful. Check out his interview:

You are both a photographer and microbiologist, what does each mean to you? How do you find meaning in each? Is science a form of expression? Is art a form of truth?
There may have been a mistake made in translation, I am just a photographer who is grateful that microbiology has provided me with the means to accomplish my aesthetic vision. Meaning and truth can be found in or assigned to anything. In this case, one could say that science provided a means to express what some could consider a truth as art. 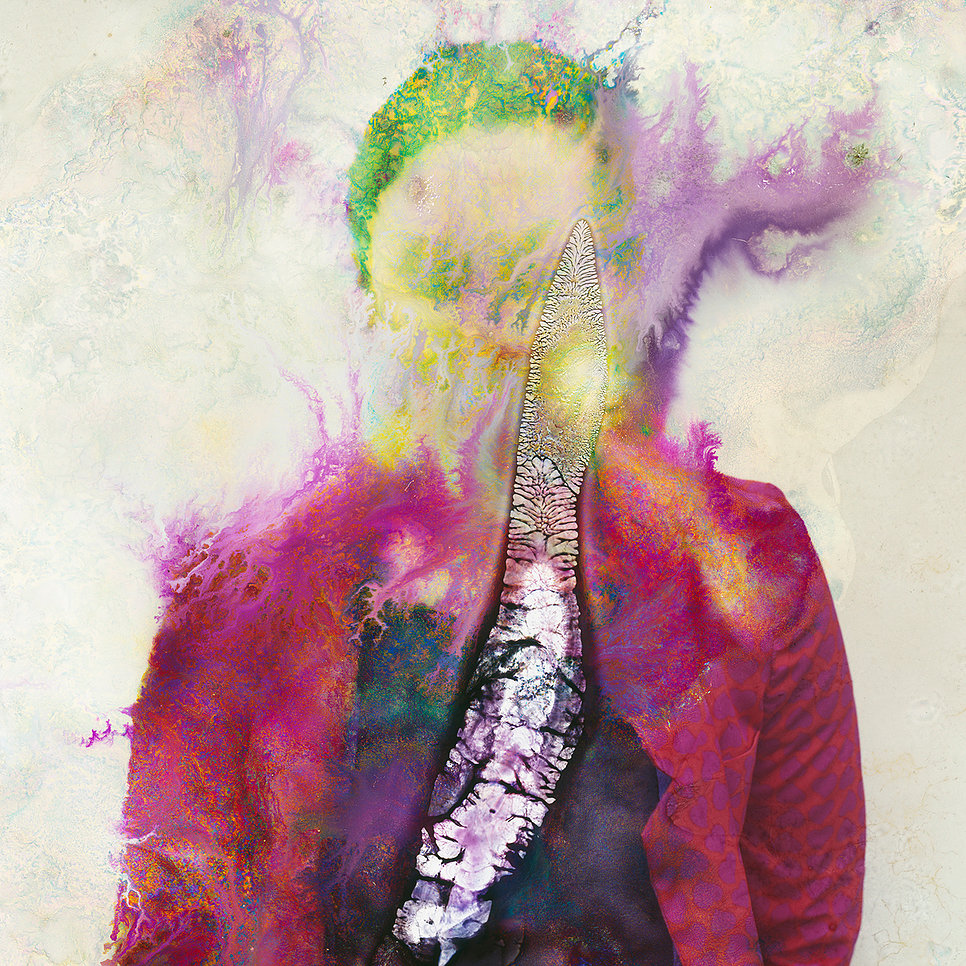 How did you get the idea for Impermanence? It’s taken you three years of work, what did the first iteration look like? Why did you decide you had to change it? Who were the subjects? Where did you get the original photos?
I wanted to realize entropy theory, the second law of thermodynamics, as a conceptual idea in photography. As chance would have it, I stumbled upon an article on BBC news about ‘emerging fungal threat to historical film archives’ with an image of a badly damaged film eaten away by mold. The first iteration involved some experimentation in controlling the humidity and rate of growth to increase the chances of producing the desired effect. Some images were completely destroyed, and others were so fragile that the film would disintegrate before a large print could be reproduced. Adjustments were made so that the extremely low possibility of a satisfactory image of 0.2% could be attained. All the images in film are portraits that I took of many people; some strangers, some friends, and some family. 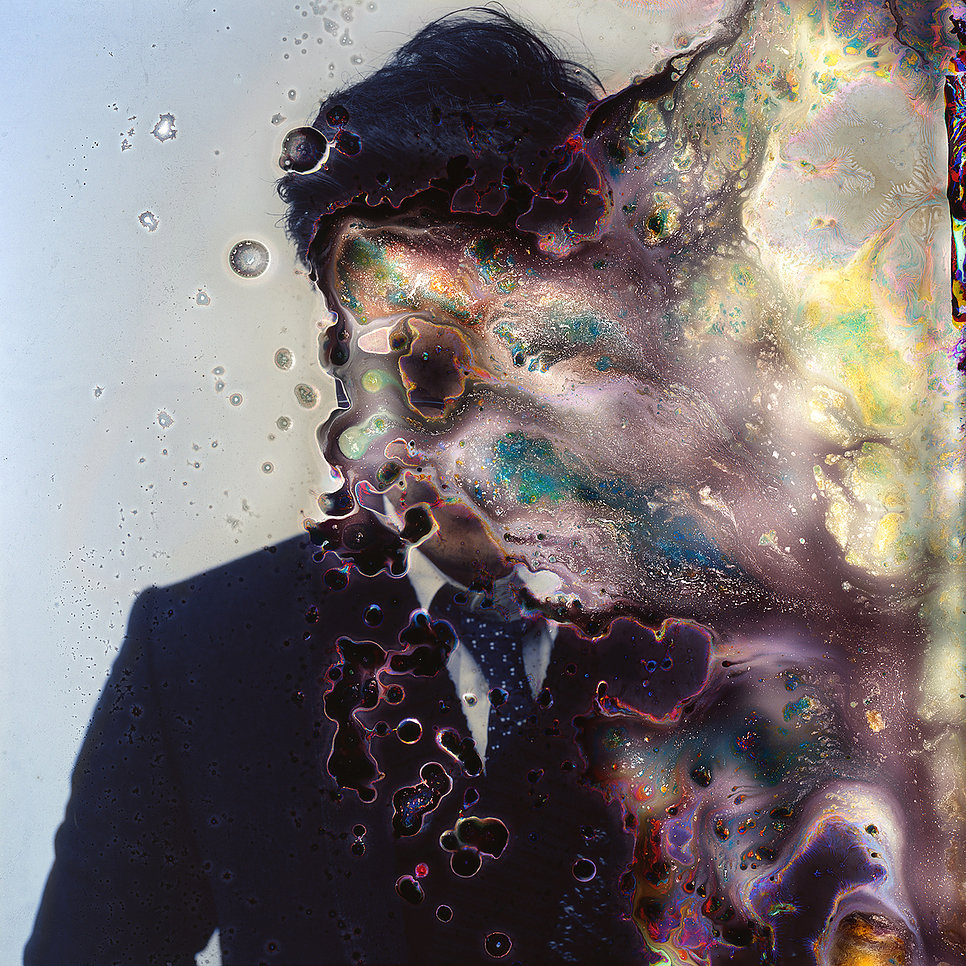 What were the three years spent doing? How do you guide or direct the fungus? How has your work as a microbiologist been used in this work? What was your exactly process with the photos and fungus?
The first step is to take portraits of people and develop the film. Next is to cultivate microbes on the emulsion side of the film. The layer of gelatin on its surface where the image is formed provides ideal food for the fungi. Pigmentation in the film has some influence on the fungus, but once the developed film is put in the homemade incubator with microbes, it is out of my control. I just have to wait while checking them every two weeks. 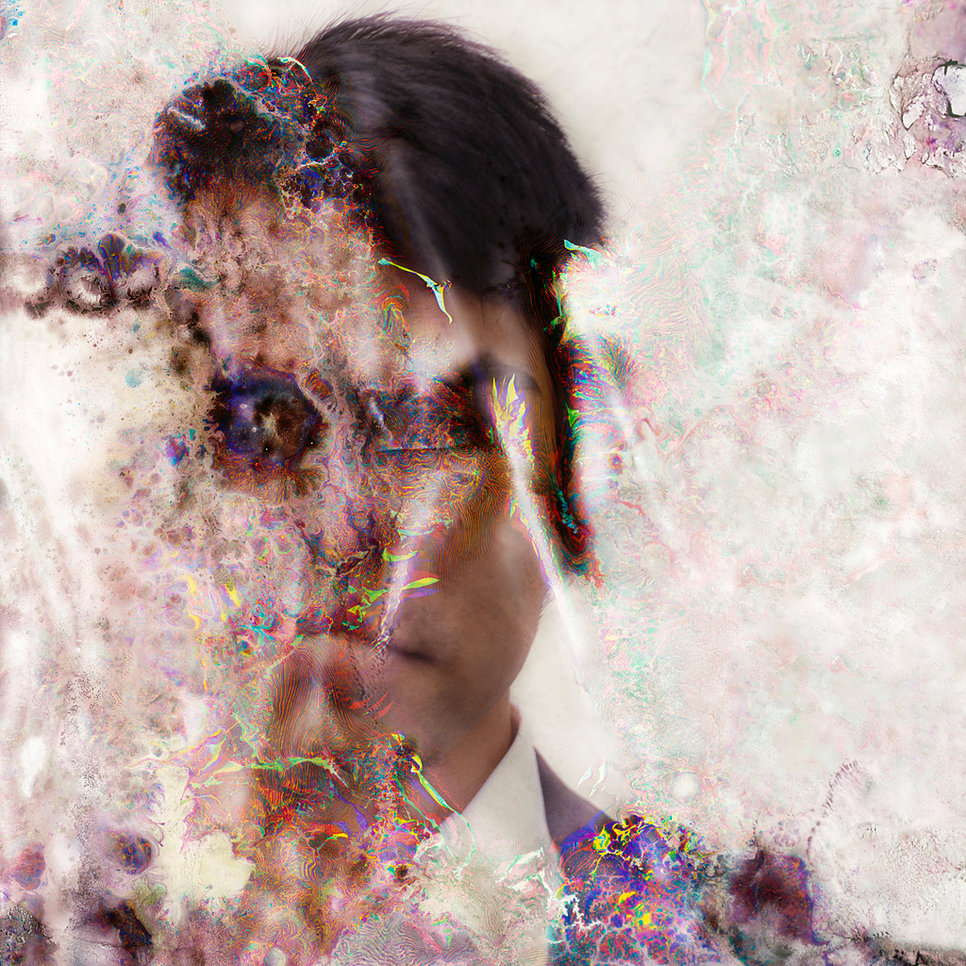 Why do you think all matter, all forms collapse as is explained in your blurb for Impermanence? Can you explain, in simple terms, the second law of thermodynamics, and tell us how it influenced you to create this series?
The second law of thermodynamics states that all energy flows inexorably from the high to the low, from the orderly to the disorderly and from the usable to the unusable; entropy does not decrease. There is beauty in this statement. 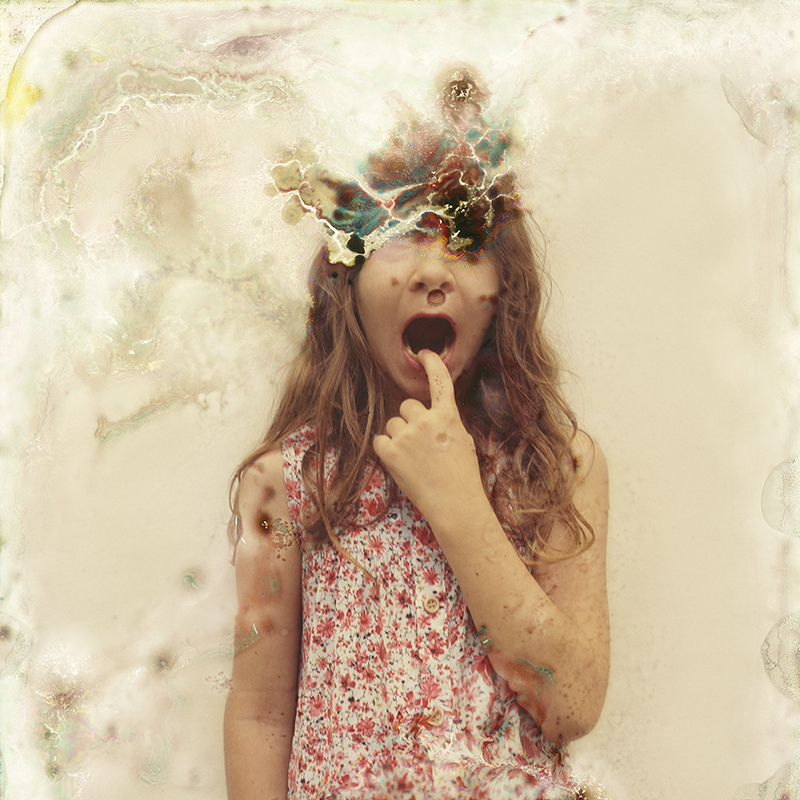 Are you an existentialist? How has you your belief system influenced your work? What do you believe, about the world, about humans, about the nature of life?
To adhere to a belief system to define the world, humans, and the nature of life results in contradiction. Subjective objectivity is how I try to approach my work; to try to see just as it is while aware that it is through my eyes. Whether this makes me an existentialist or not isn’t relevant to me. 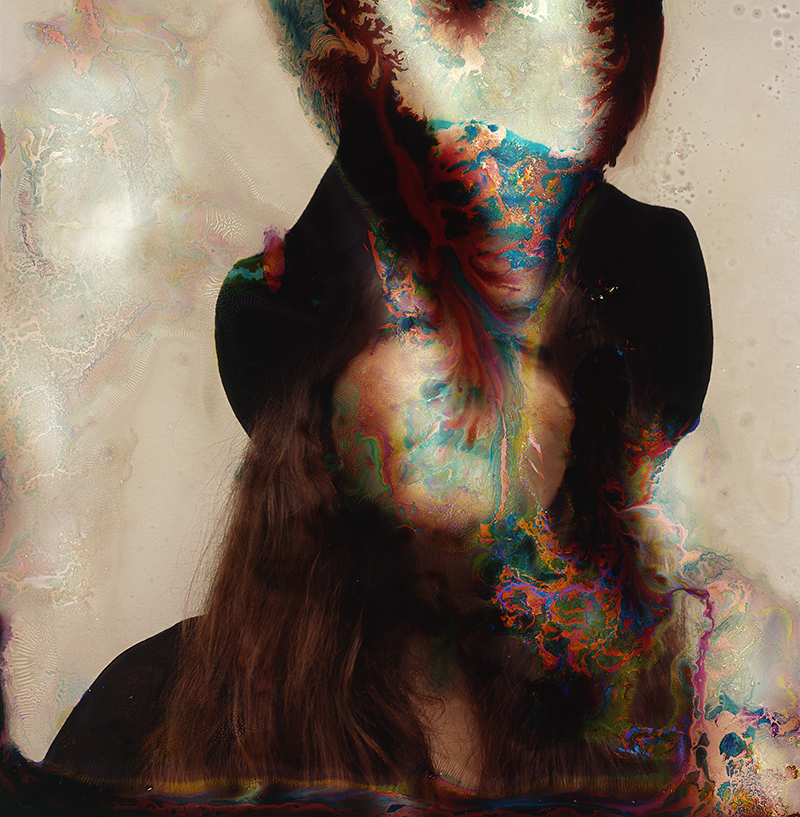 A lot can change over the space of three years, a lot of life happens. How did you mature as you carried out Impermanence? Did your personal evolution affect your work? Or vice versa?
It was more of a co-evolution. The initial focus was on the persistence of decay to illustrate entropy. However, after taking thousands of portraits of a variety of people, and practicing patience hoping the process is imbued in the image to deliver the idea of impermanence of matter, what became more important was to evoke an existential pathos in the viewer. 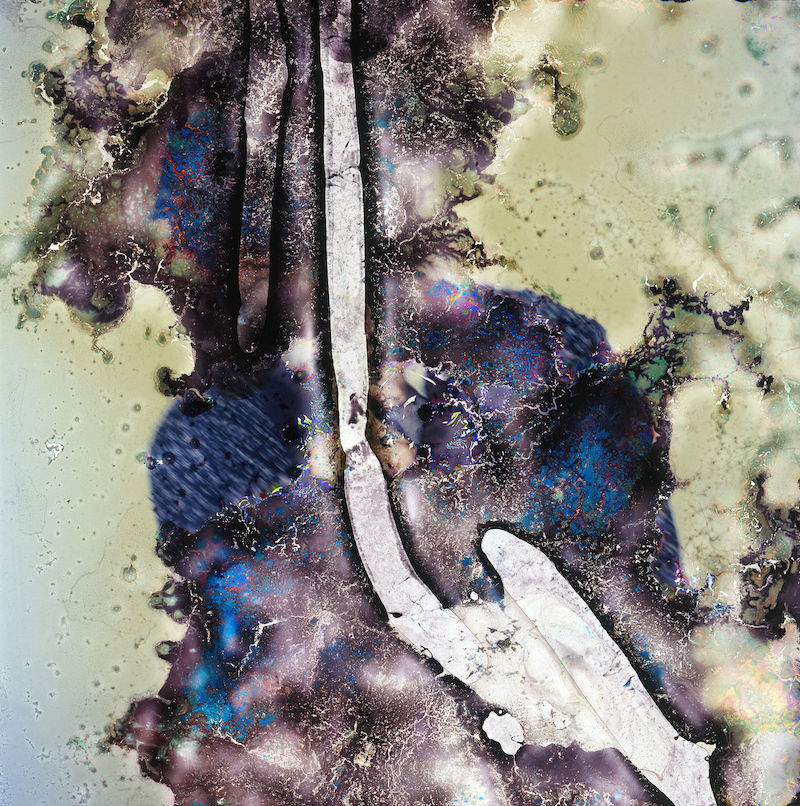 How have you evolved as an artist since Drift? How did Impermanence challenge you artistically? Personally? Ideologically?
For me, evolution is a necessity to continue to be an artist, and continuation of a life as an active artist is a constant challenge. This is so deeply embedded in my life, that I find it difficult to be able to further express how my current work has challenged me, but practicing patience and allowing entropy to enter the artistic process are probably the greatest evolutionary factors. 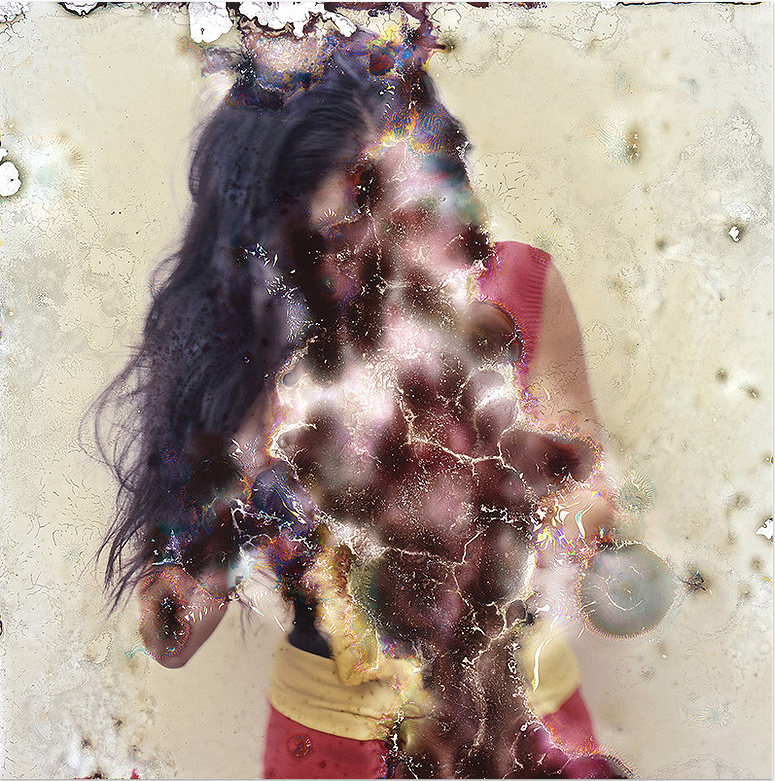 What is next for you? Are you done with Impermanence?
My next installment will use the same technique on nude photos. The process takes two to three years to yield results, and may amount to nothing. 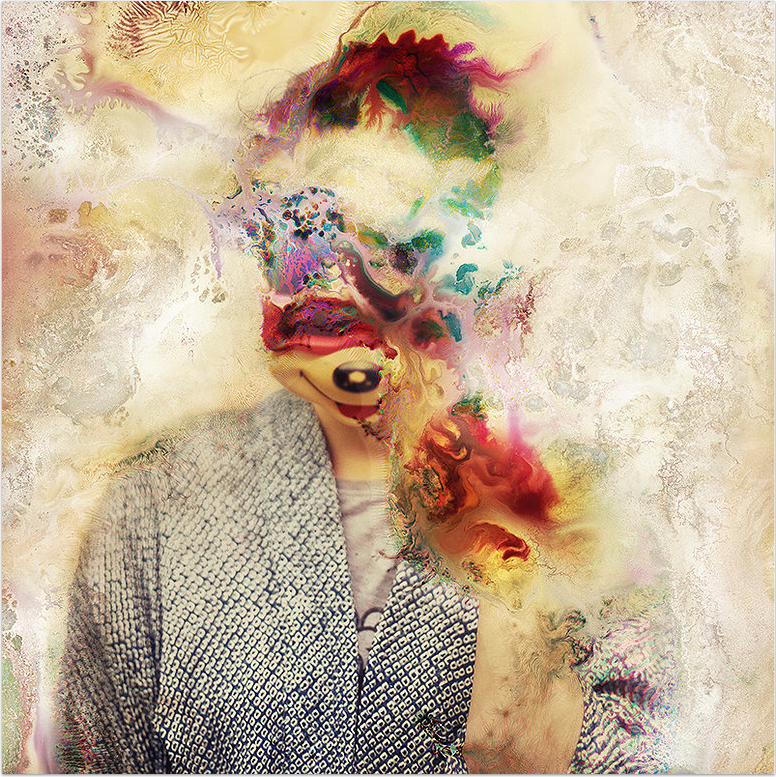 After working with fungus for this series, how do you feel about eating mushrooms?
Thankful they exist, and that they’re delicious. 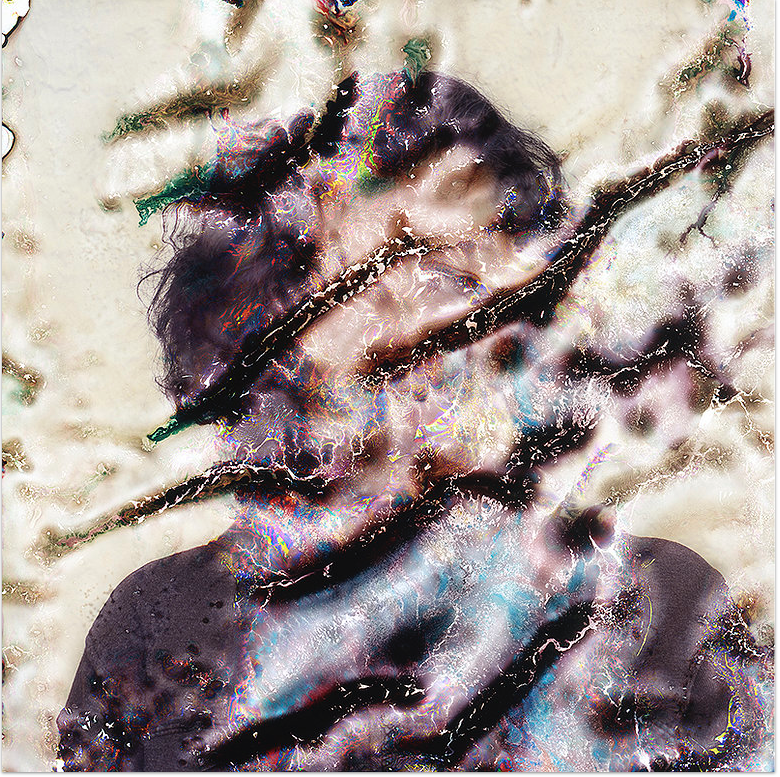 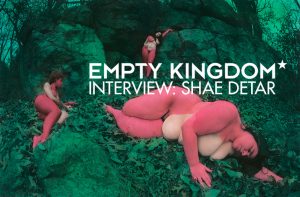 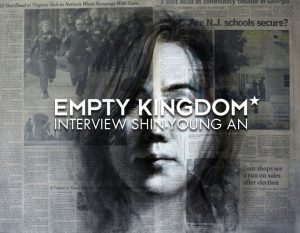