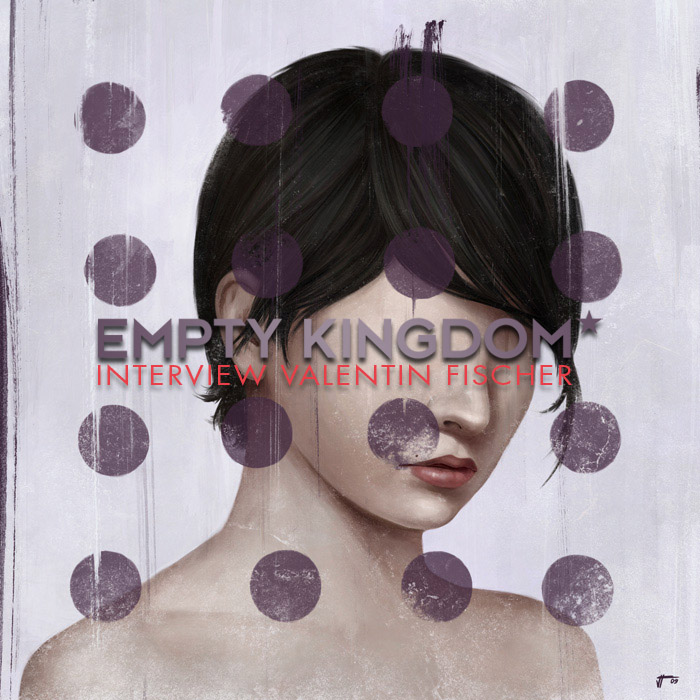 These are the images and words of Valentin Fischer, a painter from Stuttgart, Germany.  He has worked in a number of capacities as a freelance illustrator but recently gave that up to become an Interface Designer.  Read on to step into his mind for a little while.

Where did you grow up in Stuttgart?  Who has been the most supportive person in your life?

I grew up in Winterbach, a small village near Stuttgart. The last 4 years I lived directly in Stuttgart. Last weekend I moved to Munich.  My friends in Stuttgart are the most supportive people in my life. For sure.

It’s one of my recent pieces and I tried to evoke traditional feeling with it. It is important for me to achieve this with my work.  I’m not trying to tell a particular message and I really like to hear different interpretations for one image. 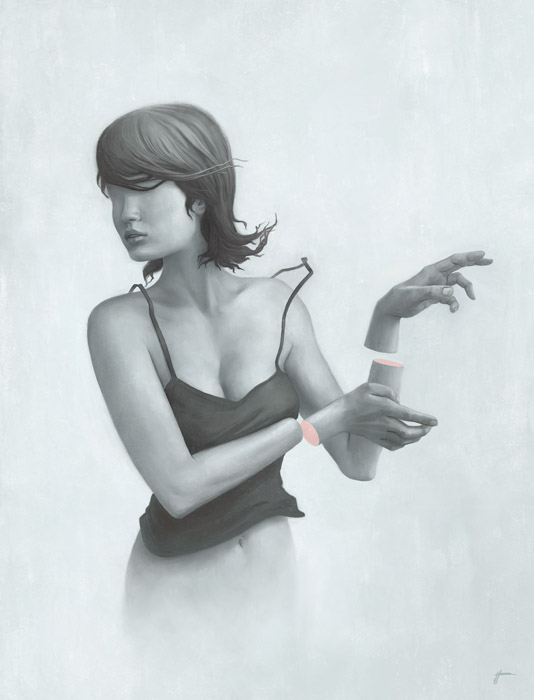 How did you name “schwere see, mein herz” or “see heavy, my heart”?  Who is the subject to you?  How did you choose the tattoos?  Or were they already on her?

It’s a homage to a song (“Schwere See”) from a great german band called “Element of Crime”. The Tattoos should tell a little about the girl. Where she’s been and who she is.  But she is no real person.  My interpretation is more like a metaphorical image for the song. 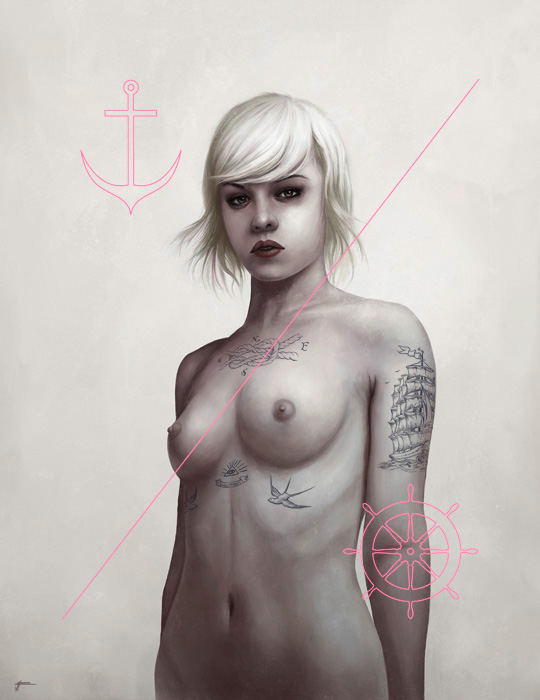 Who are the people in your “kk portraits” series?  How did the series start?  How had it changed by the time you were finished?

During the last 2 years I did a monthly upcoming flyer for a local club in Stuttgart. The club is called “Keller Klub”. During a couple of months I painted a different person for each flyer.  All of them are working for this club. 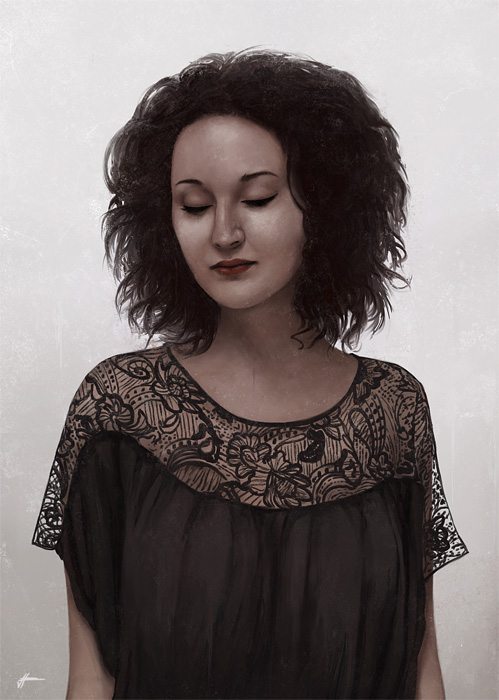 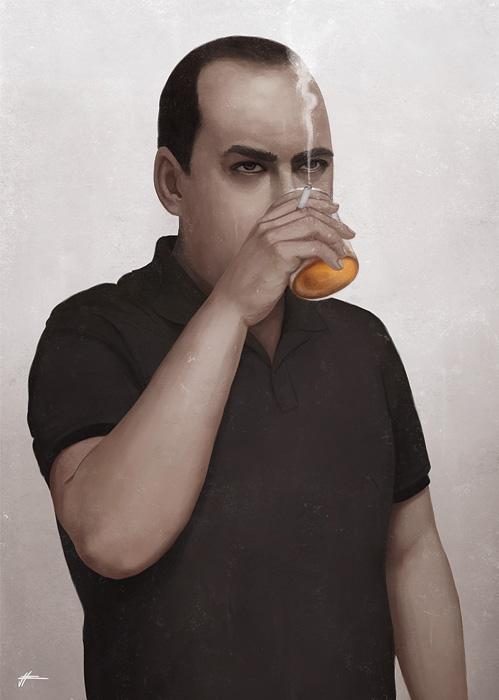 Tell us about some artists that you are currently following?

James Jean and Sam Weber are my biggest influences I guess. I love their use of color and feeling for good compositions.

What kind of support systems do you have as an artist?  How big is the artistic community that you are a part of?  What is your role in it?

When I started as an digital painter I used a lot of forums to learn from other people and really liked the way to learn in communities. But this changed during the last years.  I still follow a lot of others artist via their blogs or twitter accounts but I don’t participate in forums anymore. 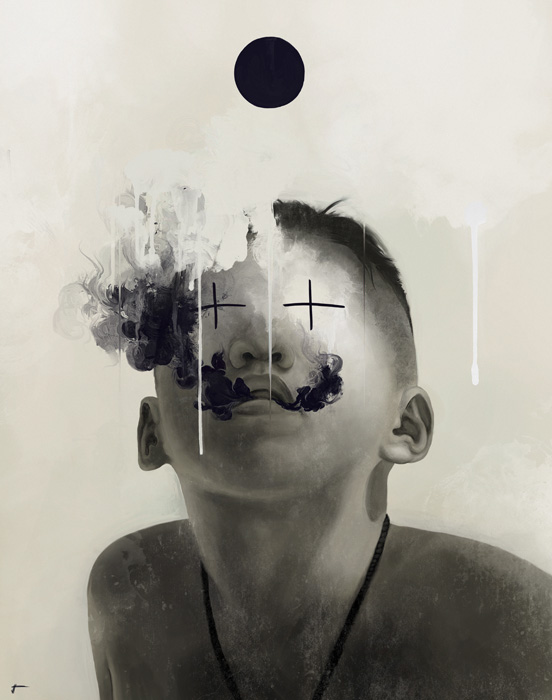 No, I learned all by myself with the big help of the www. I’m not a mentor for anyone as far as I know. But I would love to teach at a university some day.

What kind of music do you listen?

Cake, Kasabian, Handsome Furs, Future Islands, Micah P. Hinson and The Maccabees are some of my favourite bands.  Music is very important in my life. A lot of my friends are playing in bands and I worked for fun as a DJ since the last two years.

What would you consider your first official piece?  What was the most recent piece that you finished?  Compare them.

As my first official commisioned job as a freelance illustrator I painted a poster for the International Trickfilmfestival in Stuttgart. This was 2008. My last work I did called “disclosure”.  It’s a personal piece and this is the way I like it more to work. And at least for now I do it only that way. 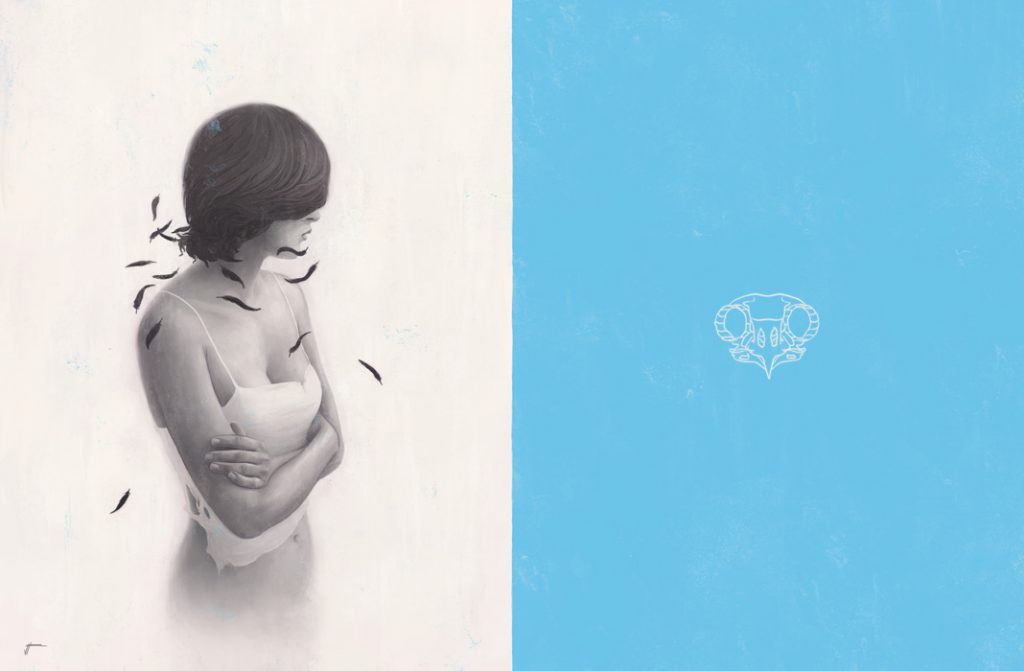 Where do you see yourself in two years?  What are your goals for the current year?

Tomorrow I’ll start a new job as a Interface Designer in Munich. I hope I don‘t regret my decision to lay my freelance work aside.

Would you rather have a hot air balloon or a submarine?

A submarine. But only to sell it for a hot air balloon among a couple of other things. 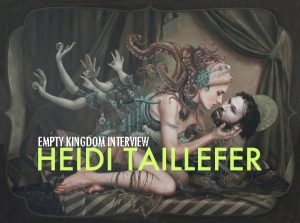 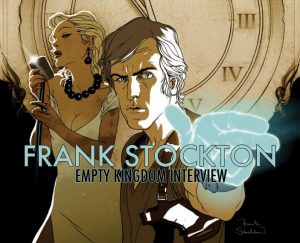 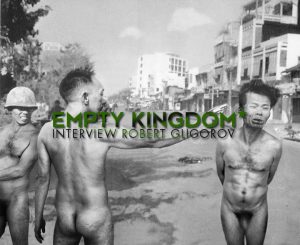