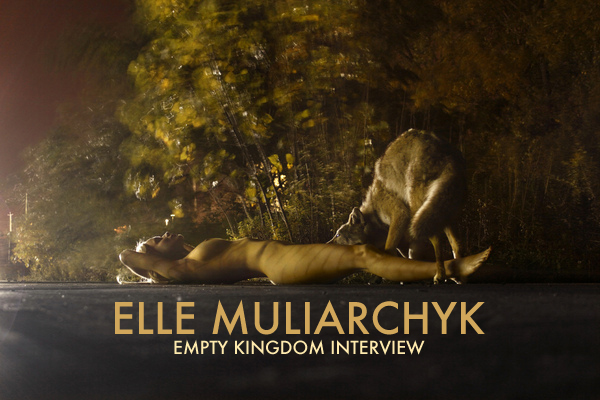 The lovely Elle Muliarchyk was previously featured on EK back in November 2010, which was a treat for us! Born in Belarus, raised in Vietnam, discovered in New York. Speaks five languages. Is she a spy? No, she’s an awesome photographer. She first gained attention as a model taking photographs of herself in boutique dressing rooms. Her photos appeared in the New York Times Magazine. She was kind enough to grant Empty Kingdom an interview. Here it is for your optical pleasure:

Tell us about growing up in Belarus and Vietnam.
Belarus was surreal. It was right after fall of USSR. People, having lived through something like of Mao’s Cultural Revolution – where religion is a crime, had no metaphysical foundation under their feet. So everyone turned to believing in Aliens and Extra-sense-men – hypnotist. Kashpirovky was the star. He had a weekly life TV show – an Oprah of Hypnotism. On that day the whole former USSR would sit in front of the screen, look deep into his eyes and get collectively hypnotized. For the duration of the program you had to hold a banknote on the palm of your hand, and if roles itself up it means the hypnosis had worked. For the second part of the show Kashpirovsky read letters from people thanking him for healing them, mostly from alcoholism. And even though at age of six I wasn’t an alcoholic, I loved his show.

The Aliens were great too. There were articles in the papers every single day, and interviews with people who reported abductions and impregnations by the UFO’s. I clipped and collected those articles obsessively. Every night I’d stand on the balcony, extend my arms up to the sky and hope that I would be abducted too!

People in Vietnam taught me respect for all living beings – like rats, who are blessed animals there. If one comes to your house you don’t just chase her out with a broomstick, you must talk to her: “Mrs Rat, I’m very glad you paid me a visit, but I’m rather busy now so I can’t be a good host, so would you go away?” On the other hand, on my first day in Vietnam, I had to eat fresh brains out of the skull of a just-killed-monkey. 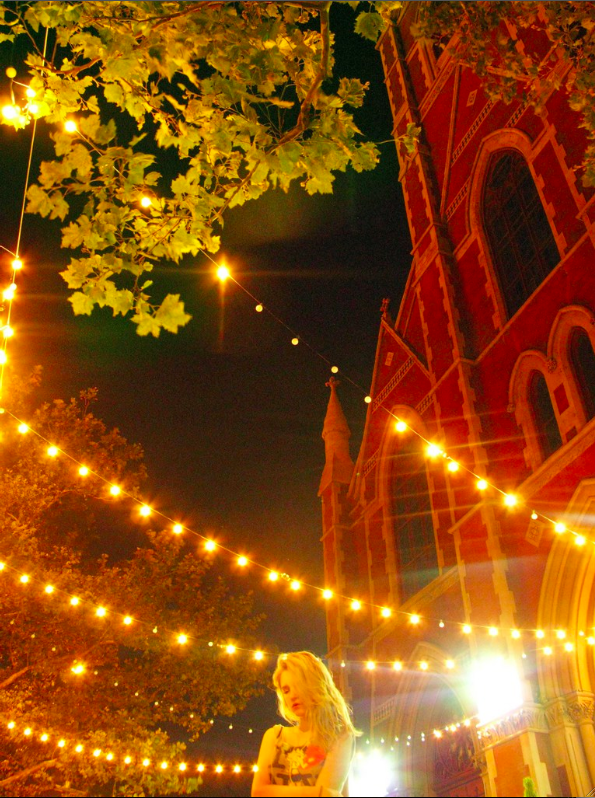 How many languages do you speak?
Five

When did you come to the United States and what was your first impressions?
That everyone was so fantastically fat of course! I had seen this show Roseanne on TV years before, and I thought that it was about a family that had been afflicted with some terrible glandular decease. But when I landed in San Francisco suburbs there were thousands of those Roseannes!
And when I came to NYC to model I had caught the last glimpse of the good old New York you see in Eddie Murphy movies. I went to a casting in MeatPacking area and some guy unpacking meat off a truck dumped a bucketful of water, waste and animal intestines all over me. I will always cherish that memory. Right now there is Alexander McQueen store on that spot. 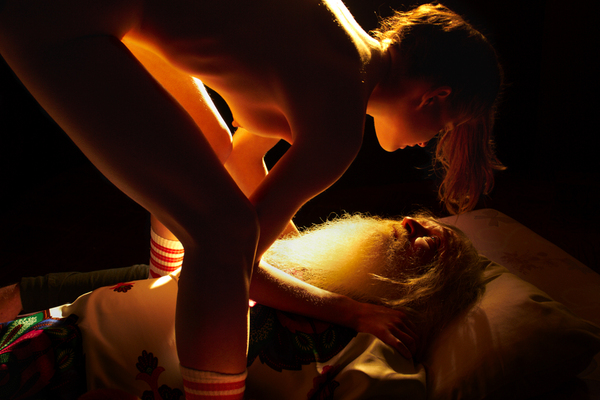 Did you study photography or are you naturally awesome?
No, I never studied.

How long have you been a photographer?
I took my first picture 6 years ago.

How would you describe your technique?
I don’t know… I don’t usually use flash.

How do you approach a photoshoot, what things do you consider before or during the shoot?
All depends on the project. The conceptual ones require insane amounts of personal involvement – something an assistant could never do for me. For example, for Saints (Begotten) I spent a whole year in the churches, almost as a nun – attending all the services, cleaning the church, cooking and taking care of the homeless…. All in order to make friends with the church stuff so they let me dress the statue. Half the time, even after my seduction period, churches declined. Then I had to find alternative way. For example I had to go on a few dates with the church’s night guard, so he’d sneak me inside in the middle of the night.
Psychics project also required a year of “feeling out” and researching the Psychics in the city.
Some shoots I come up with in my dreams, then I wake up, make a drawing and try to replicate it in precise detail photographically. Others happen absolutely spontaneously.. 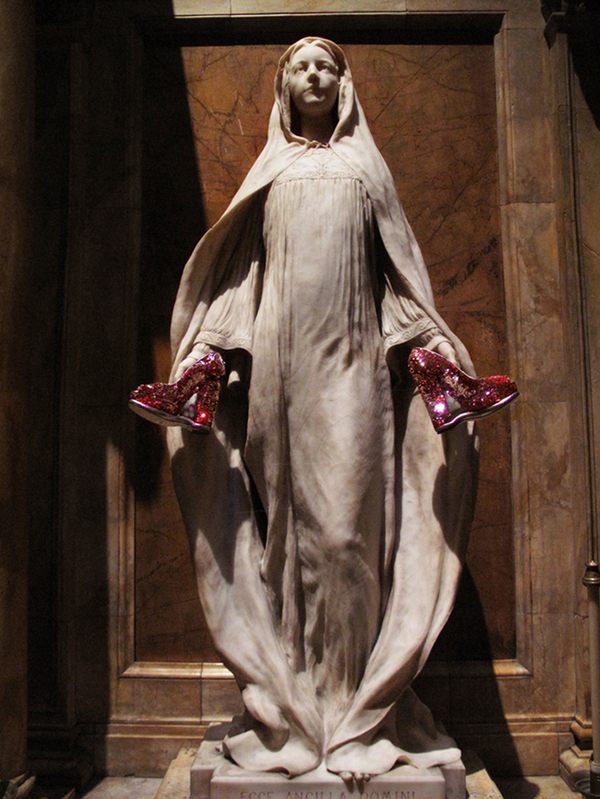 What are you looking for?
In a model, I look for the moment of her “breaking down”; an abandonment, or at least a crack in ego. My self-portraits were all taken while I was on the verge of being kicked out, arrested or – as during Bella Freud project – attacked by street gangs. Now i’m looking for the same momentum in models – quivering with an emotion far outside their comfort zone.

What do you think some differences are between men versus women photographers?
When a man photographs a women he projects an idea of his perfect woman onto his subject, but that fantasy doesn’t exist, so the work looks lifeless and predictable. They create and recreate an Icon, but all they manage to get is a Mona Lisa sans the smile – and with great tits. But female photographers usually surprise me – there is always something unsettling about the images. A woman knows how fucked up she really is and is not afraid to channel it into her work. A woman’s photograph is her self-portrait. A man’s photograph is Dow Jones of the society’s demands and expectations. It’s a generalization of course, some men photographers whose work I love – like Terry Richardson and Araki – also manage to show what’s INSIDE them rather than just pleasing the mob. And if doesn’t matter is that thing is good or evil.

What equipment do you use?
I used to work with point-and-shoot – Canon G9. But now I work largely with video, so I use the “King” – Canon 5D. 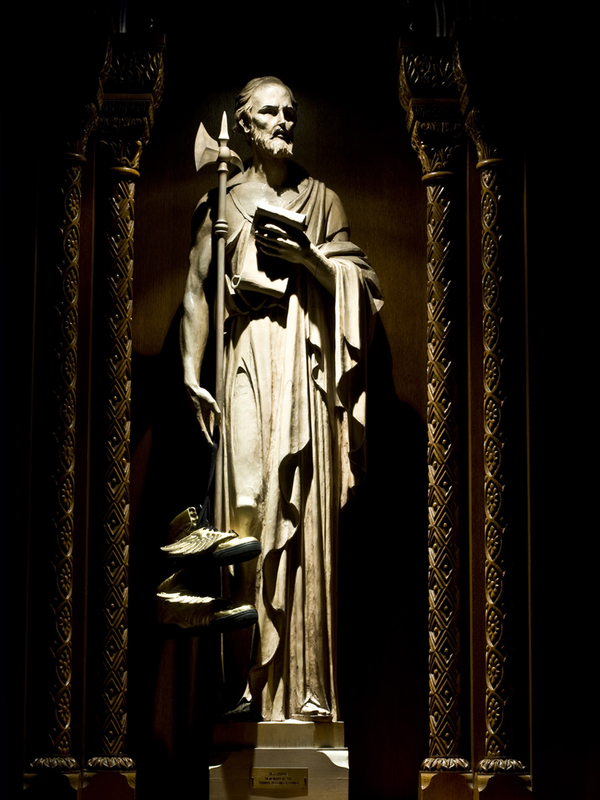 What after editing software/after effects do you employ?
On photos minor work (no effects) with Photoshop CS4. Avid and FCP for film.

Where do you find inspiration for your work?
My ideas are usually born from conversations with people who are also passionate and obsessed. I like to take something that the world seems obsessed about, and illustrate the point using fashion as a tool, a vehicle, a facilitator. For example, the Psychics project was not meant to expose the psychics’ dubious talents. I was inspired by the trend of “positive visualizations”, “designing your destiny”, neuropsychology… You know – Tony Robbins stuff. And I decided to test it out in a fun way – could you actually Design your fortune, your life?
If, in fact, you ask me whether I bring images of other photographers/paintings- a “mood board” – to my shoots, I do. But I don’t say: “Now, open your lips slightly and give me that Steven Meisel’s “deer in headlights” look!” No. I use those images as a language without words to communicate what’s happening in my head, to be on the same page with my team. It’s like using gestures in the game “London Bridge Is Falling Down”.

What art blogs/artists are you most interested in currently?
Blog is a fascinating organism. You invent your own brand-new language, and your audience are your children of the Future. Starting with Empty Kingdom, which I really like (I’m not just saying that;-), there are couple of blogs now which are evolving into what I think the Future may look like – communicating without any words. (Language is just a code – definitely more sophisticated and wonderful than the rest of the information which is coded in 1’s and 0’s. But nevertheless, words are just place holders for the “true” things.) When you look at the images those young bloggers’ post, you can see the intimate workings of their minds. It’s not just exchanging information anymore – for that you can read a newspaper! It’s like plugging into each other’s conscience. It sounds like science fiction, but I do feel it – it’s so exciting! These are my favs;
rolexnbitches.blogspot.com/
cocoyoung.blogspot.com/
Another blog I like is Shala Monroque’s. It’s like a scrapbook of traveling and exploring life and the fabulous art&fashion industry through the eyes of an extraterrestrial creature (maybe from Venus)
shalasrabbithole.com/ 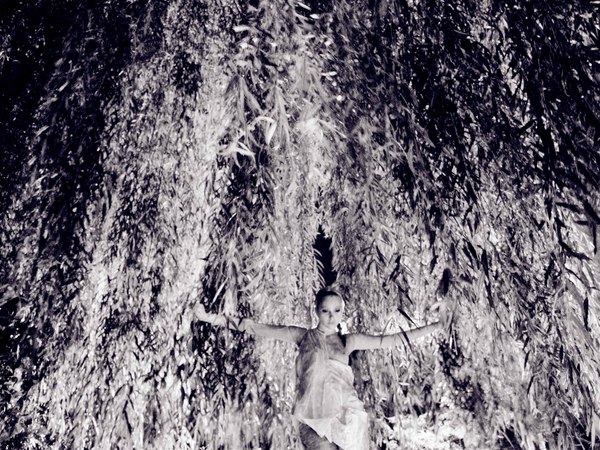 What are some good websites for art stuff?
I’m subscribed to different newsletters like Artreview…They all look interesting but I end up never reading it.

You use parallelism commonly (and quite well I might add), why are you so attracted to it?
Well, with every picture I take I want to communicate, to start a conversation, to create a record of my thoughts. I am not interested in “capturing moments”. I am a very BAD photographer. I never ever carry a camera with me, unless I’m working on a project. My dream is that when archeologists dig out my work centuries later, historians would be able to decipher messages from it, learning more about our world today. The way historians reconstruct history from ornaments and symbols on ancient pottery. I don’t want my work to be just a historical record of what version of Photoshop – CS3 or CS4 – was used in 2010. 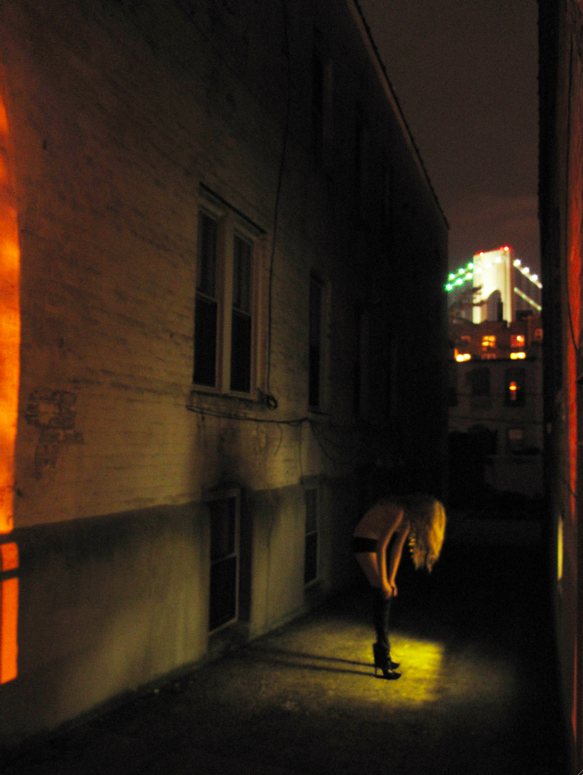 Is there something in particular you are trying to convey through your use of mirror images?
No.

What are you working on now, what’s next for you?
Video project called “Lips Of Babel”. I want to collect as many languages or the world as possible – in a little big creepy, but beautiful way. The other projects are a secret.

What is your favorite candy bar?
Snickers

Well there you go, here is some of here work but I personally think there is too much good stuff to put on one page. So check out her portfolio: http://www.afgmanagement.com/gallery?arid=2 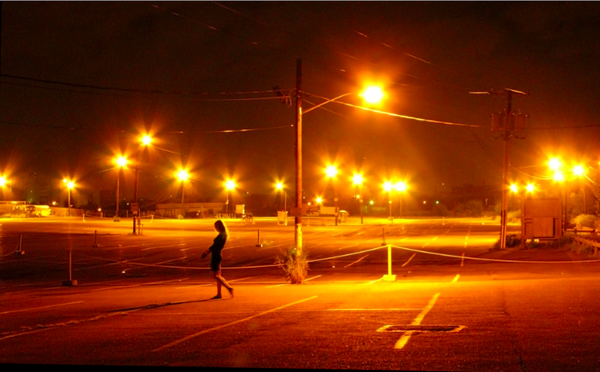 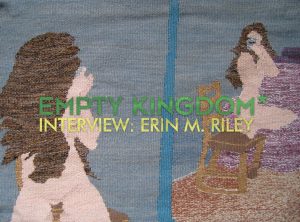 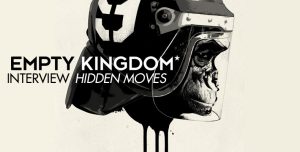