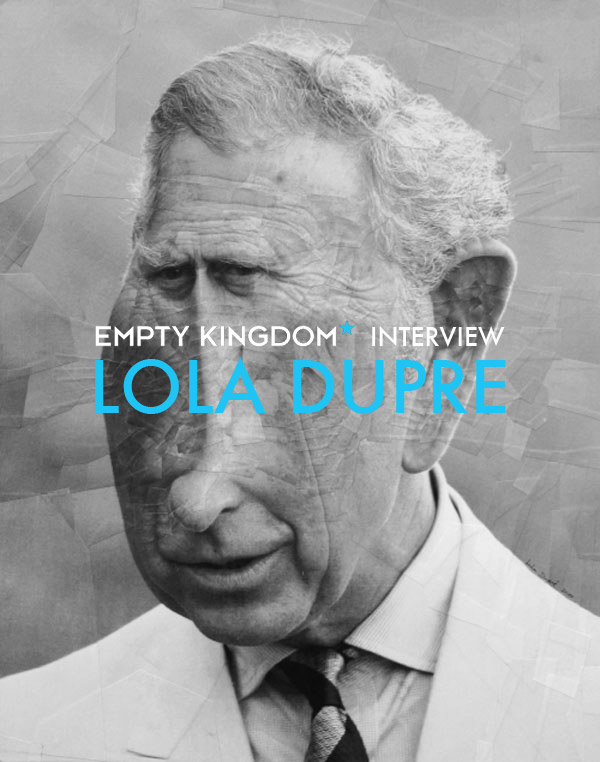 Lola Dupre and Kristiina Wilson are a super team.  They combine the separate halves of their super friendship heart then turn into twin furies and punch evil right in the face.  Separate they’re also really really awesome, here is Lola’s half of the equation.

Where are you from?  What kind of kid were you growing up?

All over Europe it seems…I’ve lived in a few countries.  For the past few years I have lived in Glasgow, Scotland, but later this year I am moving to the south of France. I was a hellraiser as a child, now I am very demure and sweet. 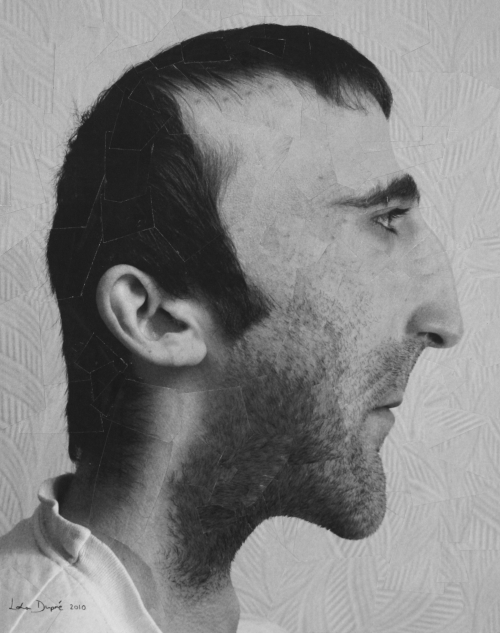 When I was a toddler I experimented with fuzzy felt, and I loved it. I have always wanted to express myself through a creative process, over the years I have created sculpture, painted in oil and acrylics, written fiction, worked with film and photography, and now I collage. I love how accessible collage is.

How did you develop your style?  What do you think it says of you, how are you reflected in the manner in which you create your art?

It came about through experiments with paper as a sculptural medium, through a chance arrangement in 3D forms I began to think about applying it in 2D.  I guess the work could say a few different things about me; I think I am meticulous and multi-dimensional as a person, perhaps that comes across in my work, I’m not sure.  In my opinion, I create, and it is up to the viewer to decipher things and find meaning. 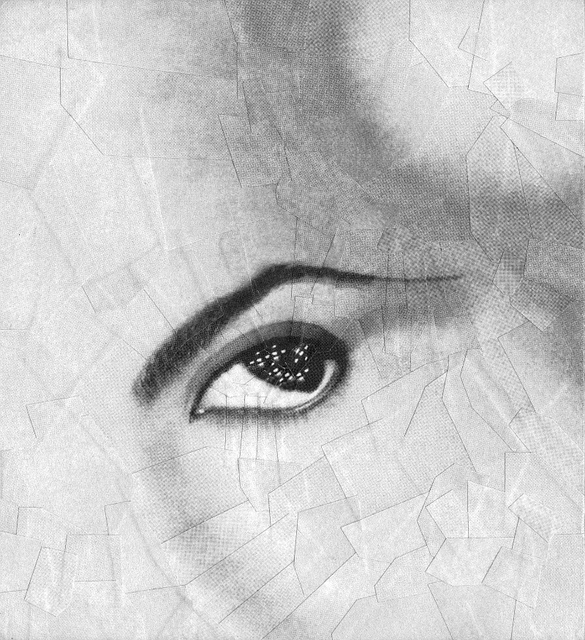 What kind of feedback and commentary has your work received?  Did you think it was accurate?

I have had good and bad feedback. Most often I think people see my work as either amusing or horrifying, and I am happy with either response. I am happy to provoke any response really as this means that my work has created dialogue.

What commentary do you aim to make by distorting the human figure?  What are you saying about physical perception?

I think our perception of the normal is very often misguided or simply wrong. I think in distorting the human figure I make room for new interpretations of established norms, expanding the variety of choices is my objective.  To show beauty in the freakish and truth in the lie.  It is most often my intention not to make statements, but to ask questions and leave open the scope for multiple interpretations. 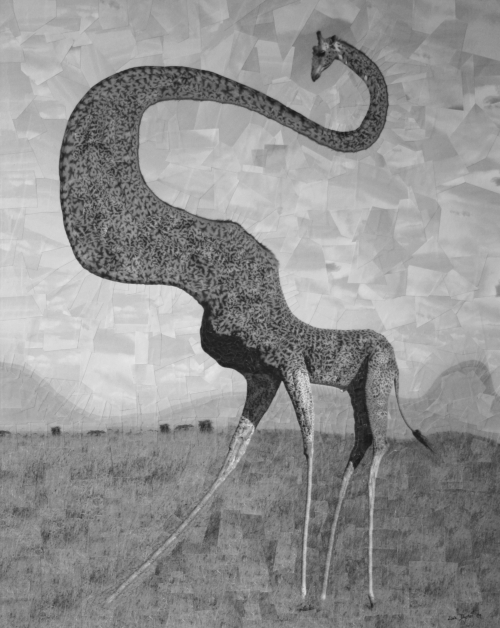 How do you select the photographs and paintings that you want to use as substrates?

Sometimes through a long process of meditation, sometimes in the spur of the moment. Usually I have the idea to use a very specific image, and then I make a series of small compromises until I have a suitable image.

In your piece Sir Winston Churchill #2 what was the motivation?  How did you come up with the idea?

This piece is a manipulation of Winston Churchill #1, (a piece I made a few weeks earlier). I printed copies of my original piece then deconstructed them into a new image, it was an interesting process as the facial features grow smaller during the process. If the process was to be repeated again and again eventually the face would be reduced to a monotone gray. 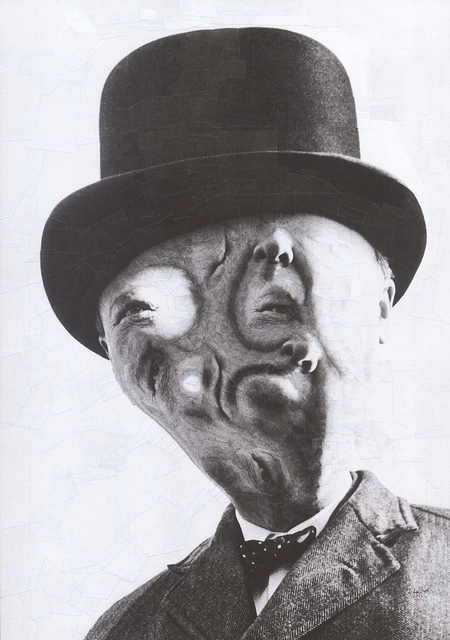 Beyond simply composition, what do you consider to be the fundamental difference between your general manipulation and your pieces that use the exploding technique?

I suppose the exploding work abandons the attention to continuous lines that is apparent in the other works. It is my intention to eventually combine the two effects and I think this could be very interesting in regards to which parts of the image explode and which don’t. As two parts of my work they are very different, but I think this distinction will very quickly begin to disappear when I have completed some of the works I plan to do in the coming months.

Tell us about Nude by Lucas Cranach.  What do you want the viewer to take away?

Well I think you can approach this piece with a conversation to art-history and Lucas Cranach, or simply as a meditation on the female form. I think manipulating the nude is very interesting, if this piece was based on a photo and not a painting the result would be very different. (For example I did a male nude, with Robin Black and Tony Ward and the finished piece required censorship) I enjoy playing with attraction and repulsion, the thin line between an erotic fantasy and a nightmare. I think the extra limbs and vast areas of exposed flesh are a strange mirror to the photoshopped norm.  I hope in this mirror to show another truth, a reflection of ourselves and our own thoughts. 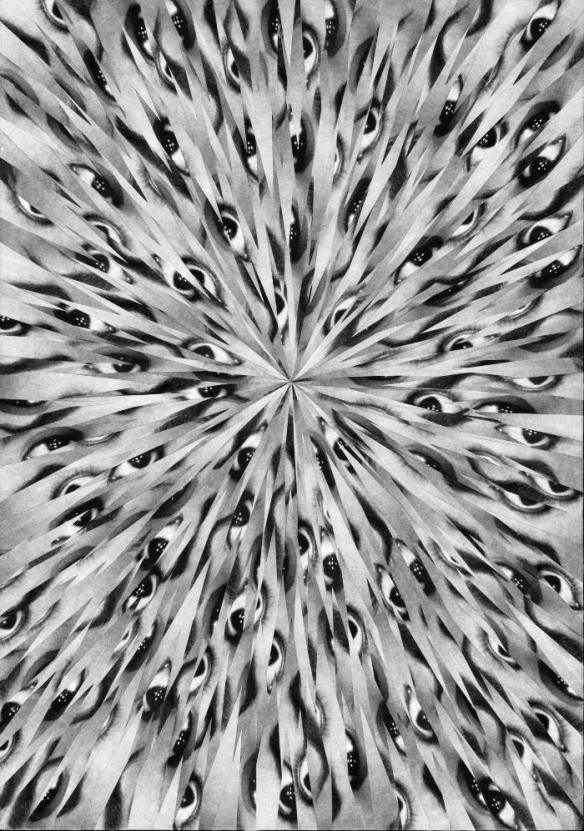 How has your work shifted or warped since you first began?  What do you think has been the greatest contributor to your maturation?

I think my work has followed a wandering but continuous path. I think the greatest contributor has been simply the time I have spent on my work. And my good luck in being able to live off the proceeds, and therefore devote my 9-5 day to developing work, business, and ideas.

Three years from now what to you hope to have done?  What are you working on at the present?

Three years from now I hope to be doing exactly the same thing in the glorious French sunshine!  At the moment I am producing a new collection of work for a solo show at the Phone Booth Gallery in Long-Beach California which is coming up in October. And I am working for several magazines, which will be published in the coming months. I am also currently working on a new group of work in collaboration with the wonderful photographer Laetitia Bica. 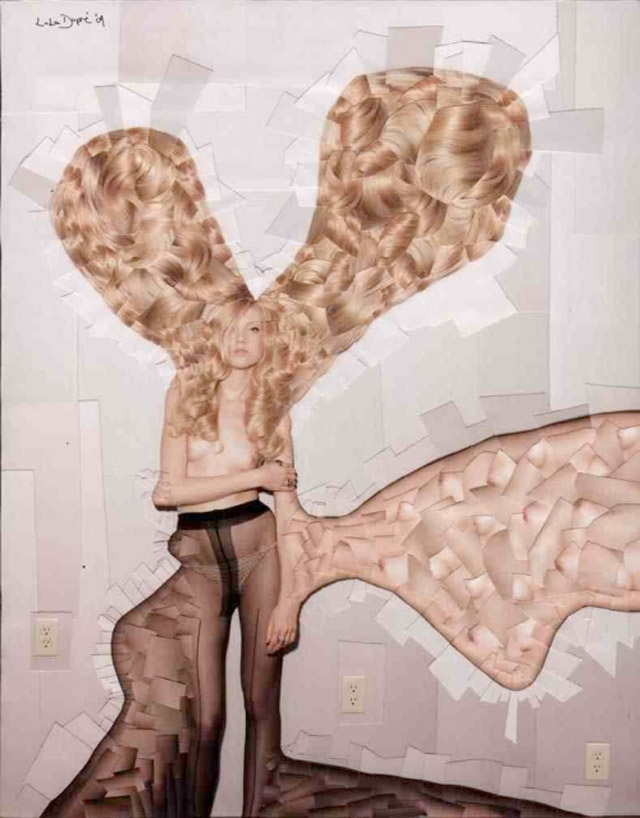 What is your favorite fruit?  Do you think it makes the best filling for a pie or is there another fruit that is better in pies?

Today I like, bananas (for the shape), strawberries (for texture), cherries (for color and taste), and blueberries (for atmosphere). Tomorrow I might prefer different fruit, they are all so tasty!  In a pie ?  I would have to say cherry, or maybe blueberry or apples.  Oh and pineapple is a great fruit also, very sexy Wait!, Lychees are my favorite.  (Figs, pomegranates, raspberries and kiwi fruit are also delicious). 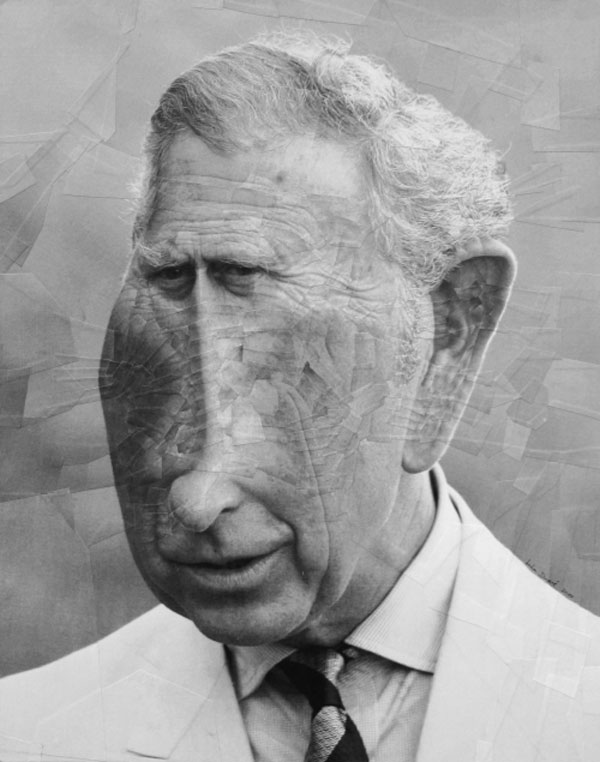 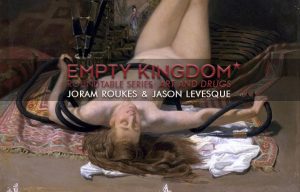 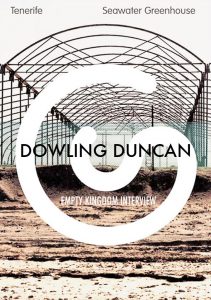