Eric Skillman is a resident designer for Criterion (the world’s greatest and classiest film collection), and a writer of comics.

How did you get into design?
I was an editor of both my high school and college literary magazines, and enjoyed the process of designing those. For whatever reason, it wasn’t until halfway through college that it occurred to me that this might be something I could make a career out of, but eventually I figured that out.

How would you describe your style?
I’m sure that I have some quirks that probably constitute a “style,” but generally I like to think that I let the particular project determine its own look and feel. So… “eclectic”?

How/Why did you move into comic book work, and what are your goals for that?
I had the opportunity to work with Sean Phillips on a 4-page comic for the Criterion release of Blast of Silence, and had so much fun with that that I wanted to try my hand at some original stories. Plus I’ve just always loved comics, and wanted my name on the front of a book for a change.

What are you reading?
This week? Just finished The Mystic Arts of Erasing All Signs of Death by Charlie Huston, starting in on 36 Arguments for the Existence of God: A Work of Fiction by Rebecca Goldstein. Comics-wise, Aya: The Secrets Come Out by Abouer & Oubrerie, Spaghetti Bros by Trillo & Mandrifina, and The Immortal Iron Fist Omnibus by Brubaker, Fraction, Aya, etc.

What is it like working at Criterion?
It’s great to be able to work with people who genuinely care about making a great product.

Who are some designers you love and why?
I’m always impressed by all the designers who do freelance work with Criterion, folks like Rodrigo Corrall and Neil Kellerhouse. Mainly I like anyone who can surprise me, come up with solutions that I never would have.

Do you see any common themes/trends in designers work these days?
There’s the handmade thing, or the kind of deliberately awkward “non-design design,” both obviously responses to the kind of slickness inherent in computer-generated design, but both of those have been going on for a while now. I’m not sure what the next big trend is going to be…

How many people do you think would kill you for your job?
Um… hopefully zero?

What advice would you have for aspiring designers starting out?
If you’re going to be doing “interpretive” design (i.e. designing covers or posters for someone else’s book, movie, album, whatever), try thinking like an English major (“what are the themes / motifs / central metaphors?”) before you start thinking like a designer (“how do I make this look cool?”).

What are some good resources for designers?
This is just a minor thing, but I love flipping through the vintage pulp paperback covers at www.vintagepbks.com when I need inspiration.

Would you rather choose:

Bruce Lee or Jackie Chan?
I feel like I should pick Bruce Lee, but I appreciate a little humor with my violence, so I’m going to go with Jackie Chan.

A Rock or a Hard Place?
Um… a hard place? 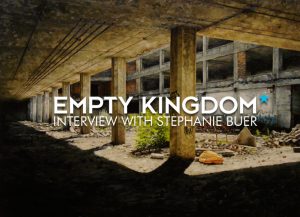 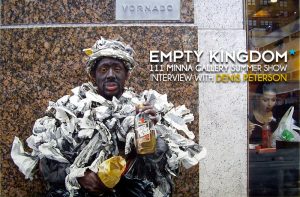 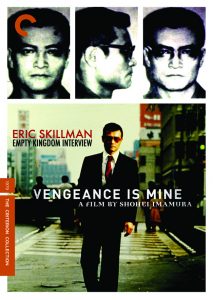 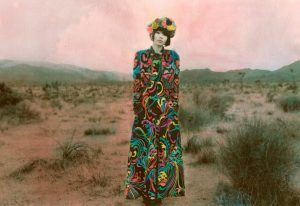