Stuart Patience is from the U.K. He creates highly detailed technical drawings to simplified abstractions that focus on pattern and colour. He also spells colour the cool way. Kind of like how I would write theatre instead of the gringo way of spelling “theater.” 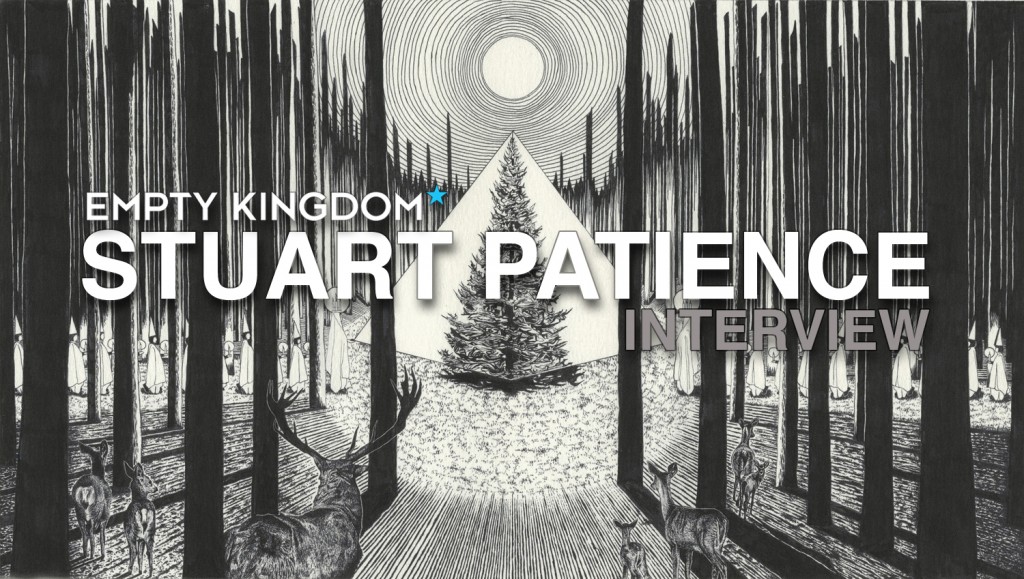 What is your history in art?
My mother is a botanical artist and my brother is an architect, so naturally I ended up following in their footsteps. I fell somewhere in the middle so I decided to enroll in the illustration course at Kingston University, just outside London. I focused on animation in my final year, but because I wasn’t really into drawing cute characters or a computer genius, my prospects at finding a job for a company proved difficult. I supported myself for a year painting canvases commissioned by a man who caught me drawing unflattering sketches of him on a train up to London, which he loved. Eventually I decided that painting frighteningly close up images of random women’s faces on 2-meter giant canvases wasn’t really what I had in mind for a career. So I decided to push myself on the illustration and here I am now….

What is your chosen medium?
My 0.35mm, HB mechanical pencil. Compass. Ruler. Always on off white, fine grain paper.

What makes your brand of art unique?
These days it is so easy with the increase in computer technology to produce an illustration that takes little time and effort. While this is very useful for briefs with tight deadlines, we are gradually seeing less and less hand drawn illustration because of it.  A majority of my work is very intricate and detailed, which can be very time consuming, but this is where I feel it stands out. This obsessiveness demonstrates a true labour of love and dedication to one’s art adding an unseen, visceral quality to it. I do appreciate the effectiveness of computers in illustration, but I think it should never distract or take away from the original drawing itself. 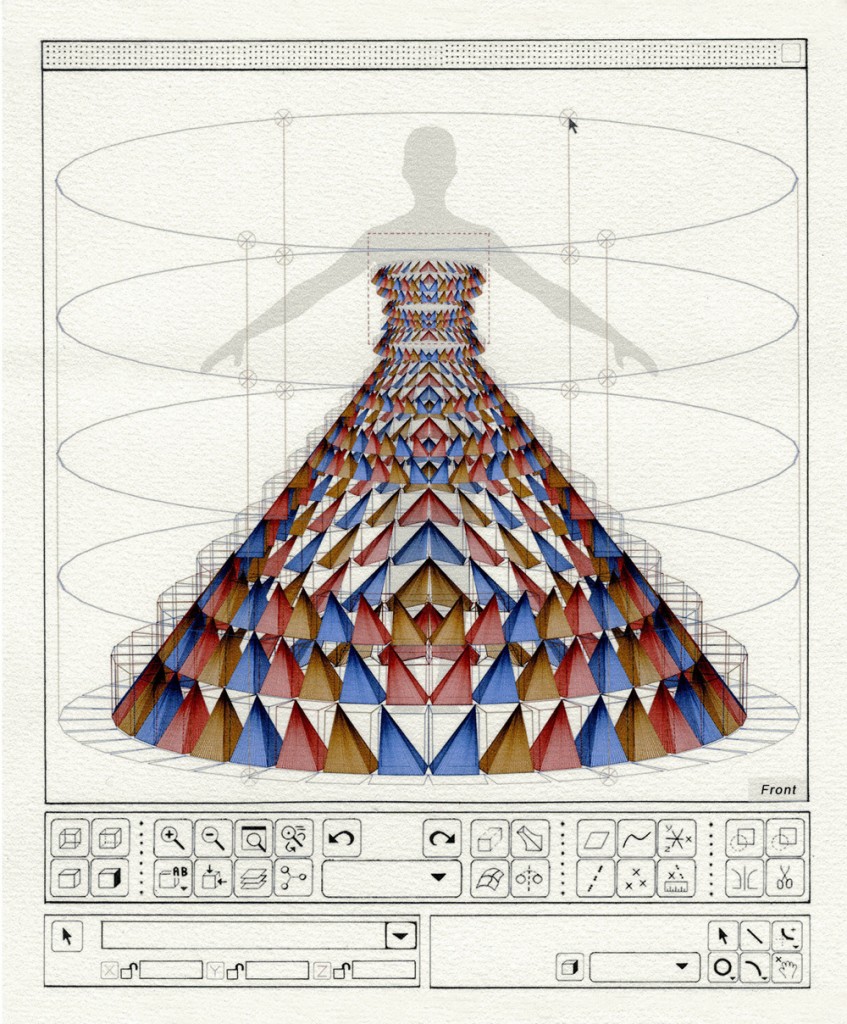 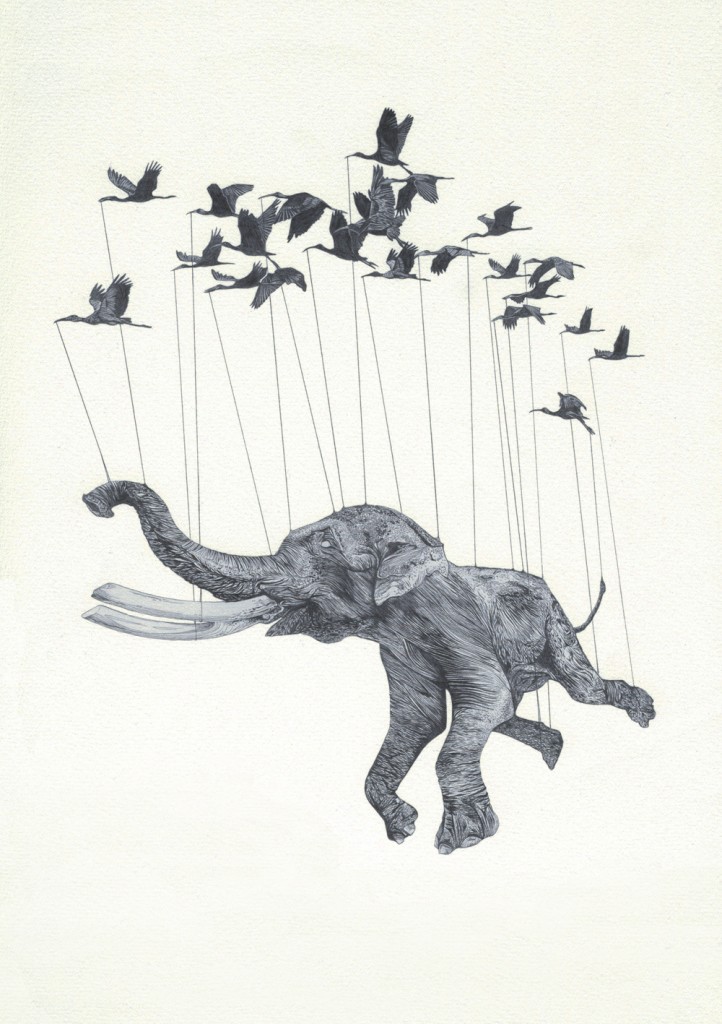 What artists do you admire?
I love the work of Grayson Perry. The way he juxtaposes the classical vase as the foundation for his shocking and sometimes-humorous imagery breathes new life into a medium generally considered unpopular and utilitarian. I’ve seen him in lectures and he’s a very funny man.

I also find “outsider art” by the likes of Henry Darger very appealing. Hundreds of his illustrations were discovered years after his death in the room where he lived as a recluse. There is a raw integrity to this work that’s a rarity in contemporary art today. His stories and drawings were never intended to be seen and for me they seem to represent a manifestation of the world through his eyes and not shaped and influenced by his surroundings.

Tell us about your working process?
My working process varies depending on whether I’m working on a commissioned brief or a personal project. With self initiated projects I never really know when to stop (sometimes there never is an end!) as I have all the time in the world to do it. I generally spend more time brewing all these different ideas in my head than the actual drawing itself, which isn’t the healthiest process.

I like working to commissioned briefs because the time limitations force me to be more spontaneous, approaching my work from a fresh angle which results in a piece that communicates with the audience more clearly. Also, because of the time consuming nature of my detailed drawings, I’m forced to use alternative approaches to my work allows me to be more adventurous and take more risks.

What influences you?
I love to go to second hand bookshops that sell loads of cheap forgotten books and annuals from as far back to the 1950’s. They are usually full of old, illustrated encyclopedias, peculiar annuals about unexplained mysteries and books on mythology. The stories and imagery really inspire me. I have a collection of found ephemera from all over the place – postcards, old photos, newspaper cuttings – that I store in a filing cabinet. Often I forgot about them, but then I come across something a few years later and it sparks off an idea. 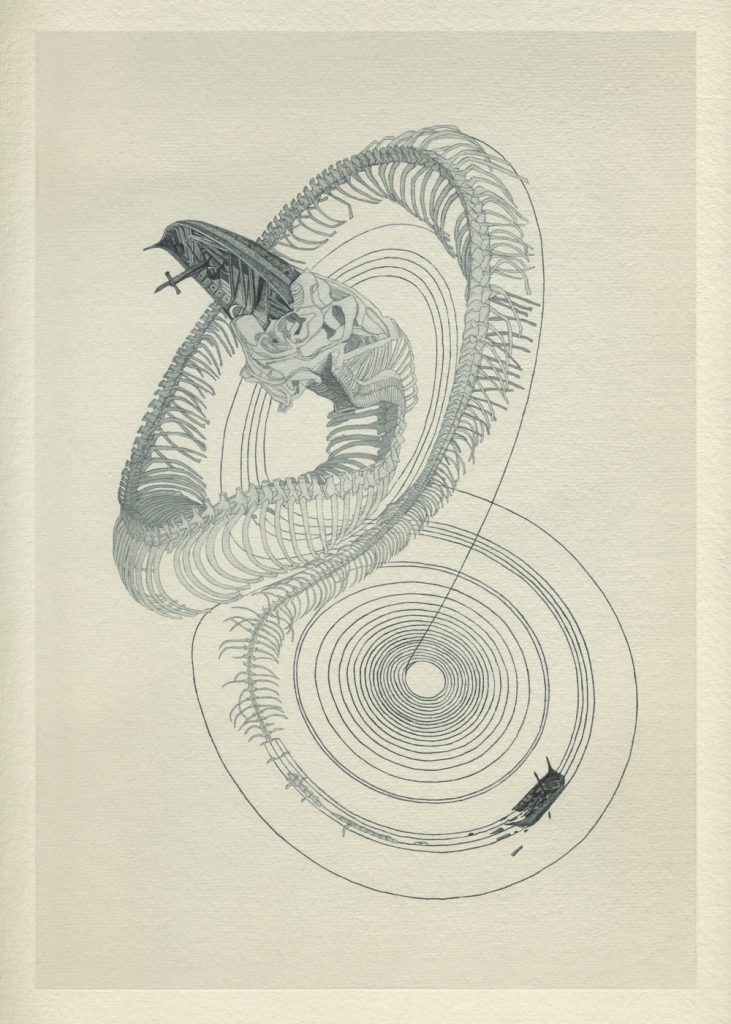 What kind of movies do you like? Books? Comics?
I’m really into over the top horror films with equally over the top acting. “Braindead” by Peter Jackson and a Japanese horror film called “Hausu” spring to mind. Shelly Duvall in “The Shining”- I never get bored of her face. I hear her hair started falling out because she found the experience so traumatizing. I’m thinking about doing a series of illustrations of women in trauma with overly expressive faces and Shelley Duvall certainly tops the list along with the woman from “Alien” during the stomach bursting scene.

David Lynch films for different reasons. I keep coming back to them because of their ambiguity – he lets the viewer make their own interpretations. I think I’ve watched Mulholland Drive twenty times and it’s still my favourite film of all time.

My favourite graphic novel is “A Velvet Glove Cast In Iron” by Daniel Clowes. It’s the equivalent of a David Lynch film to me – full of bizarre characters, absurd situations and a surreal, dreamlike atmosphere. I’ve never read anything like it.

What is next for you and what have you been working on?
I’ve just finished drawing some insanely detailed rifles for a company whose clients include the Royal family. At the moment I’m working on a few self-initiated projects until I start on a commission with a fashion designer. Our work shares a similar aesthetic so I’m very excited about seeing our work brought together on a new medium.

Where do you seem your work developing in the future?
I would like to eventually be able to develop my illustrations into a three dimensional context. The aesthetics of my drawings are very influenced by architecture so it would be great to see these drawings brought to life. Working in film is another possibility I’d like to explore, particularly the concept art and set design. To create these weird, imaginative worlds and have them brought to life in film would be an amazing experience.

Heaven or Hell? Where do you think you’ll be going?
I think Hell would be more of a laugh. It’s sure it’s pretty impossible for anyone to be a saint these days, so if I did get into heaven, I’d be pretty lonely and bored up there. 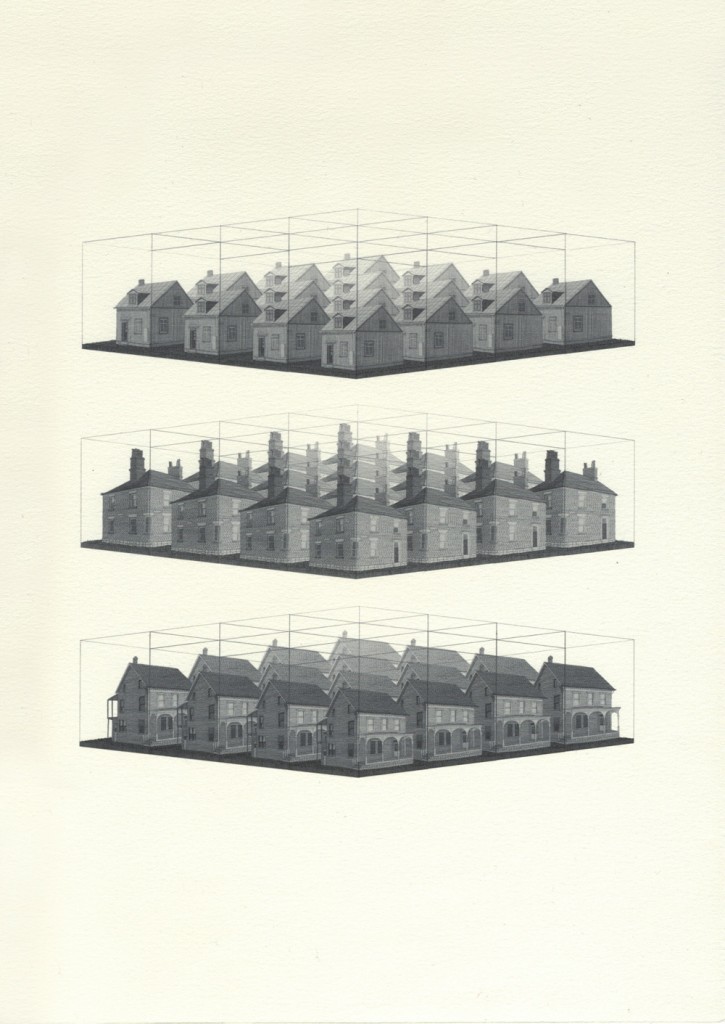 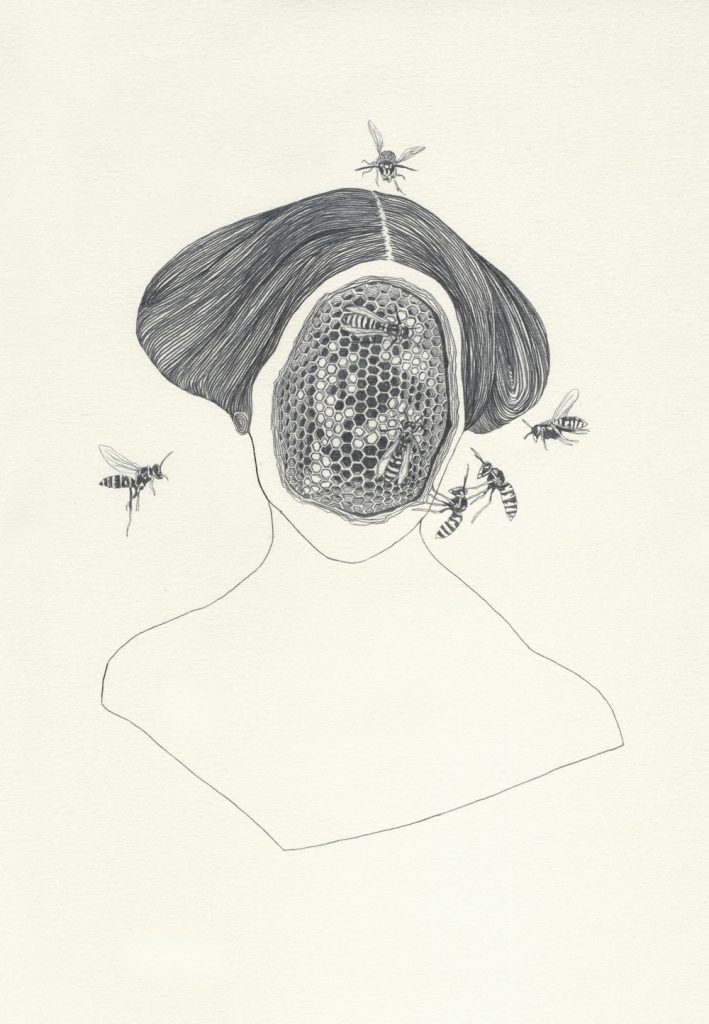 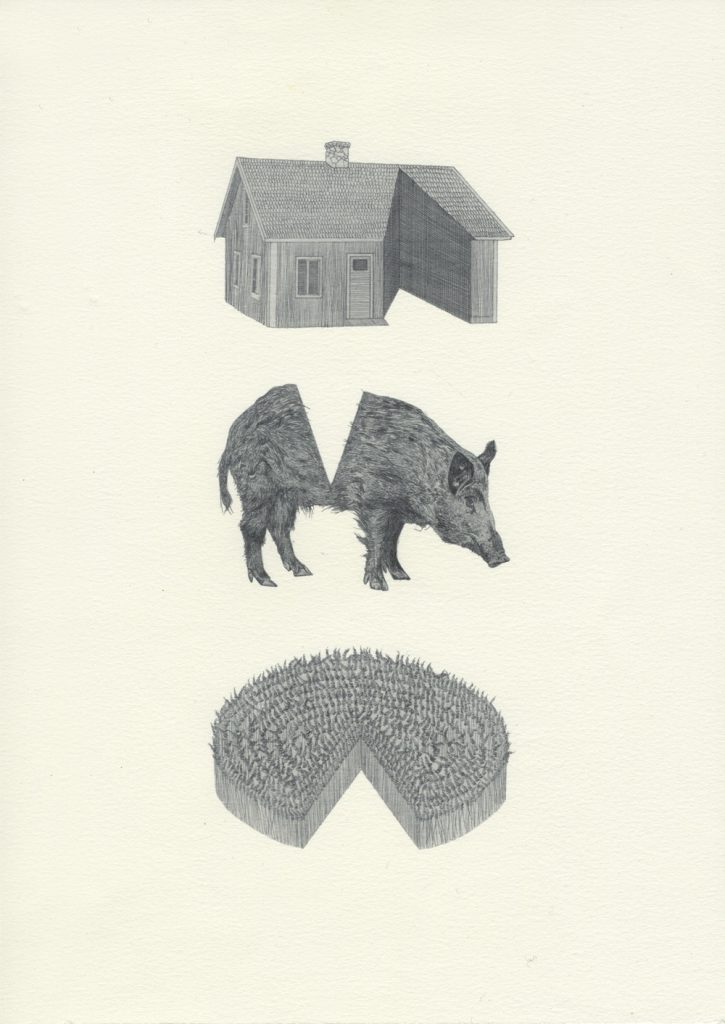 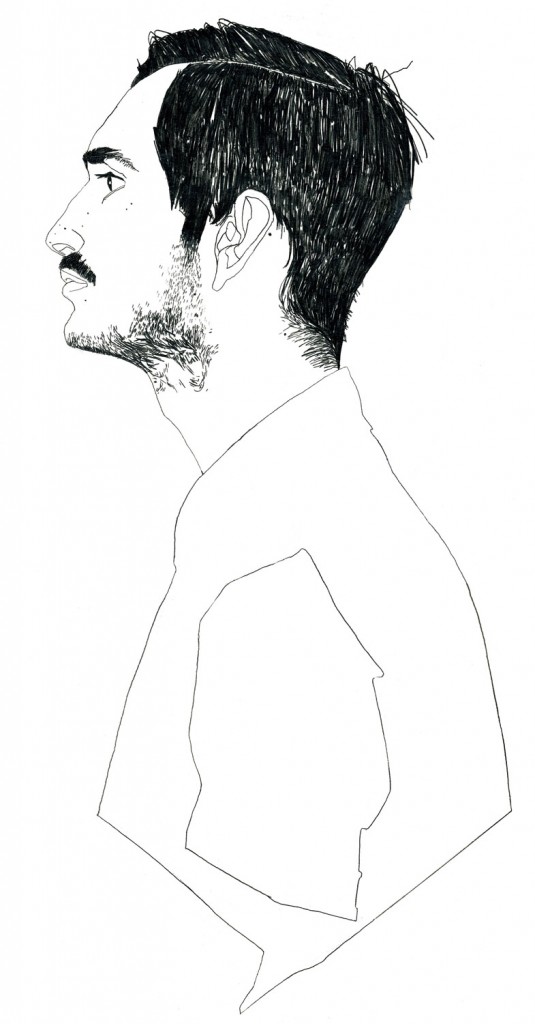 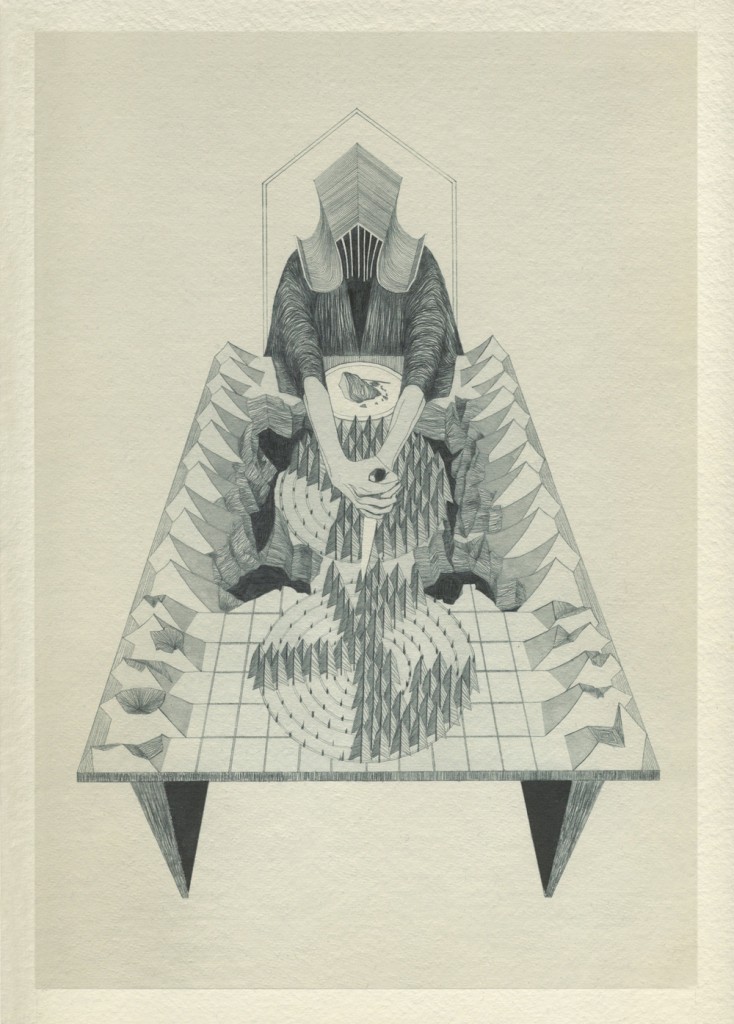 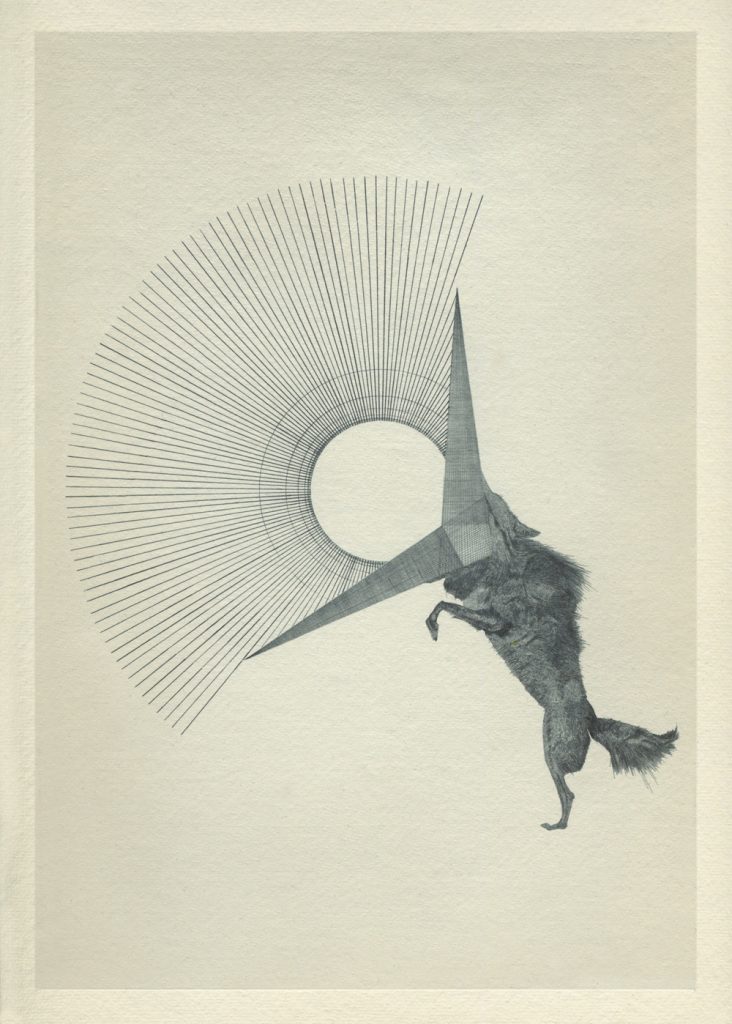 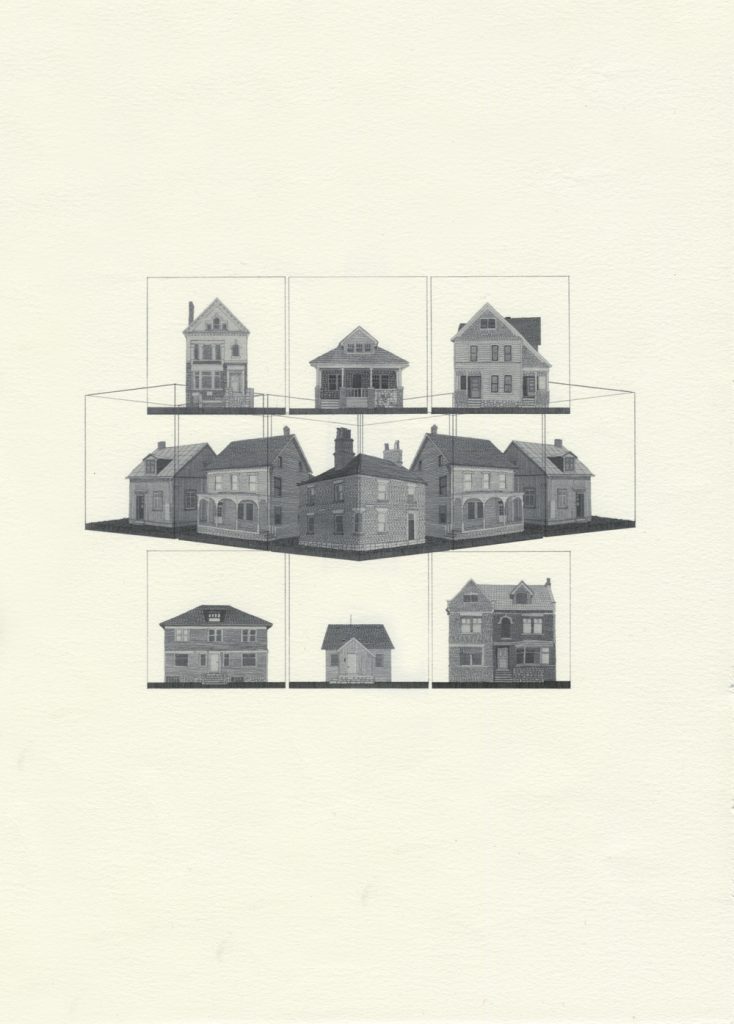 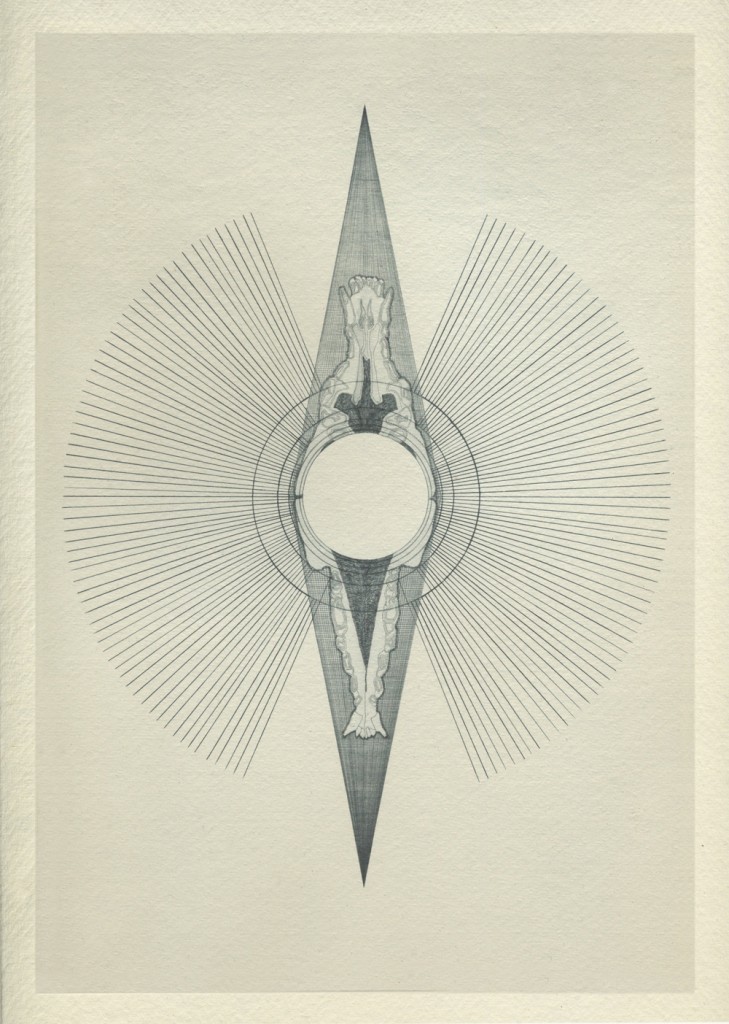 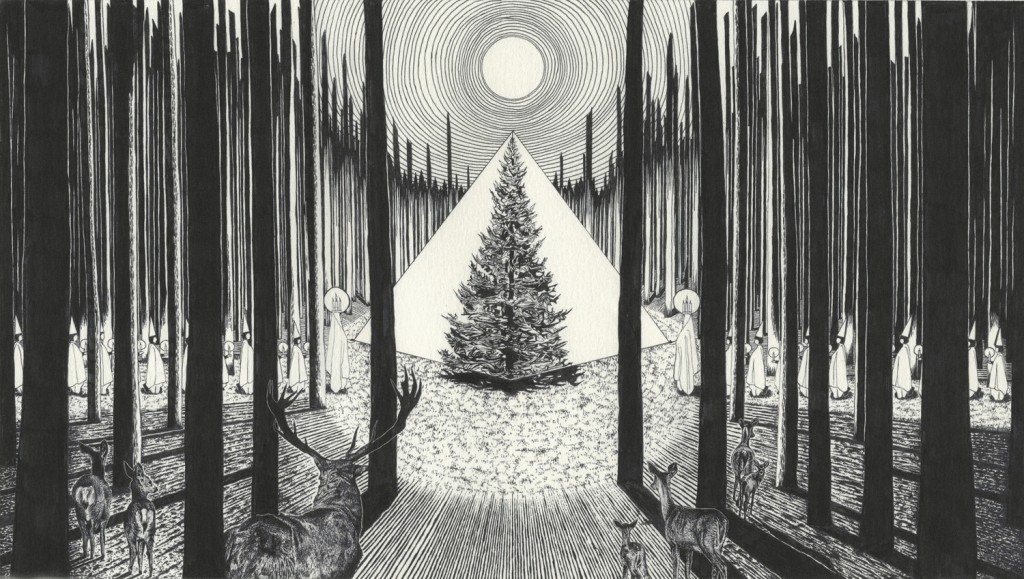 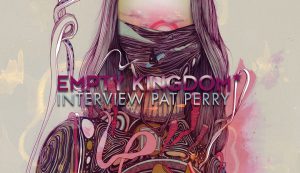 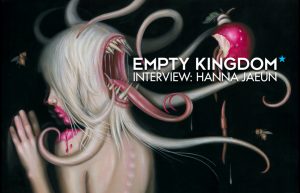 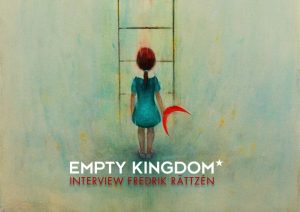 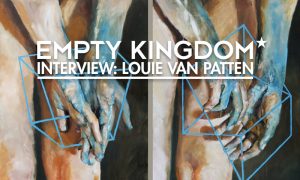 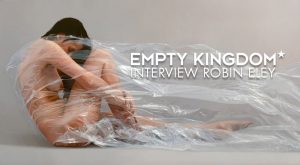